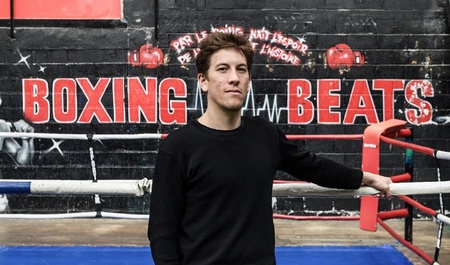 Using sport to teach language skills is at the centre of Arthur Vincent’s mission to broaden the horizons for underprivileged kids from the sprawling suburbs or ‘banlieues’ of Paris.

Arthur is the founder and President of Planet Citizens, a charity that uses sports groups and volunteer coaches to teach foreign languages to children who would otherwise have minimal exposure to new languages.

Funded by the French Government, the project is currently in its pilot stage, and has just recruited several coaches from sports clubs across Europe who will arrive in Paris in the weeks ahead.

The idea for Planet Citizens stemmed from Arthur’s time as an English teacher in a High School located La Courneuve, in the suburbs north of Paris.

“In this underserved area, I realised that local children needed exposure to other languages to promote social mobility, but that this couldn’t be adequately delivered in school,” he explains.

“It’s hard to learn language in the classroom. One needs to travel abroad, make foreign friends, and understand how useful and fun it can be to speak new languages.

“But teenagers from Seine-Saint-Denis have a mental block that prevents them seizing the opportunities the world has to offer. They think it’s not for them.”

When Paris was designated host city for the Olympic and Paralympic Games in 2024, Arthur decided he would use the momentum generated by the announcement to launch Planet Citizens, which relies on local sports club networks to facilitate teaching.

“The principle is basic,” he explains.  “Get foreign coaches to join the local team as European volunteers to add a linguistic dimension to training sessions, and use these sessions to teach basic foreign language skills like counting, directions, and colours.

“The pilot project will allow us to develop a pedagogical method, and from there we can assess the effectiveness of teaching languages through sport.

“Ultimately our ambition is to launch a multilingual revolution.  The banlieue kids deserve to speak languages as well as any other young Europeans, and we believe that harnessing their passion for sport to achieve this can really broaden their horizons.”

It’s almost ten years since Arthur graduated with a degree in International Relations and Anthropology from the University of Aberdeen, during which time he spent an exchange year at the Chinese University of Hong Kong.

He then spent two years in China working as a language teacher and for a French energy NGO, before moving back to his home country to work in the Senate as a Parliamentary assistant, and he campaigned on housing and wage issues.

Arthur’s interest in social issues was encouraged during his time in Aberdeen, and his experiences as a student have had a lasting impact.

“I had excellent teachers who had a great impact on my vision of the world,” he says.  “I learned that there are many ways to see the world and the best way to understand people is to live and talk with them.

“A decade later, I feel it’s still so important to stick to one’s principle, even when authorities make you feel you are wrong.”