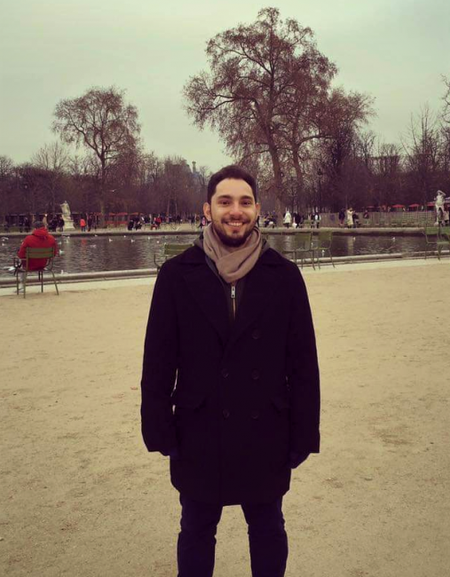 Being part of the Aberdeen family is so close to Scott McCulloch’s heart that the law graduate single-handedly set up the University’s first alumni network in Brussels.

Launched 18 months ago, the network is now the most active in Europe, making Brussels the first destination on the list as part of this week’s series of alumni events taking place across the Continent.

For Scott, maintaining a link with his alma mater overcame the demands of a busy professional life in the Belgian Capital, where he works as a consultant in public affairs.

“I launched the alumni group because I had attended some functions hosted by alumni organisations and felt it was a shame there wasn’t one for Aberdeen, especially as there are so many people here with a connection to Scotland,” he explains.

“Given the transient nature of Brussels I thought it would be good for alumni to have a network they can engage with upon arrival, or reconnect with when they return.  It’s a networking platform that’s not centred on work, but about enjoying a shared heritage while gaining different perspectives from fellow alumni.”

Originally from Edinburgh, Scott graduated with a Diploma in Professional Legal Practice in 2012, and worked as a solicitor in Aberdeen before moving to Brussels to learn more about EU law-making. He then worked as a parliamentary assistant to Scottish MEP Alyn Smith, and at a global PR firm before moving into his current role.

“Every day starts with understanding the latest developments from the EU institutions and key stakeholders, including surveying the evolving landscape ahead of the European elections. Consulting is about mapping the risks and opportunities for clients. Meetings key stakeholders and attending insightful events is key to achieving this.”

The lessons Scott learned as a student have proved important in his professional life, where he deals with clients and contacts from a range of backgrounds.

“The University of Aberdeen is a multicultural, diverse campus and a welcoming University to students from across the world. Spending time with some of these students has meant that I learned a lot about their distinct history but I also gained an appreciation of what made us similar.

“Setting up the Brussels alumni network has been hugely worthwhile, not just in the sense of reminding me about the great time I had at Aberdeen, but I have been able to enjoy the shared experience we have had as graduates living and working in Belgium.”