The first principal of King’s College – Hector Boece – was a historian, and today’s History Department has been thriving since its foundation in 1898. 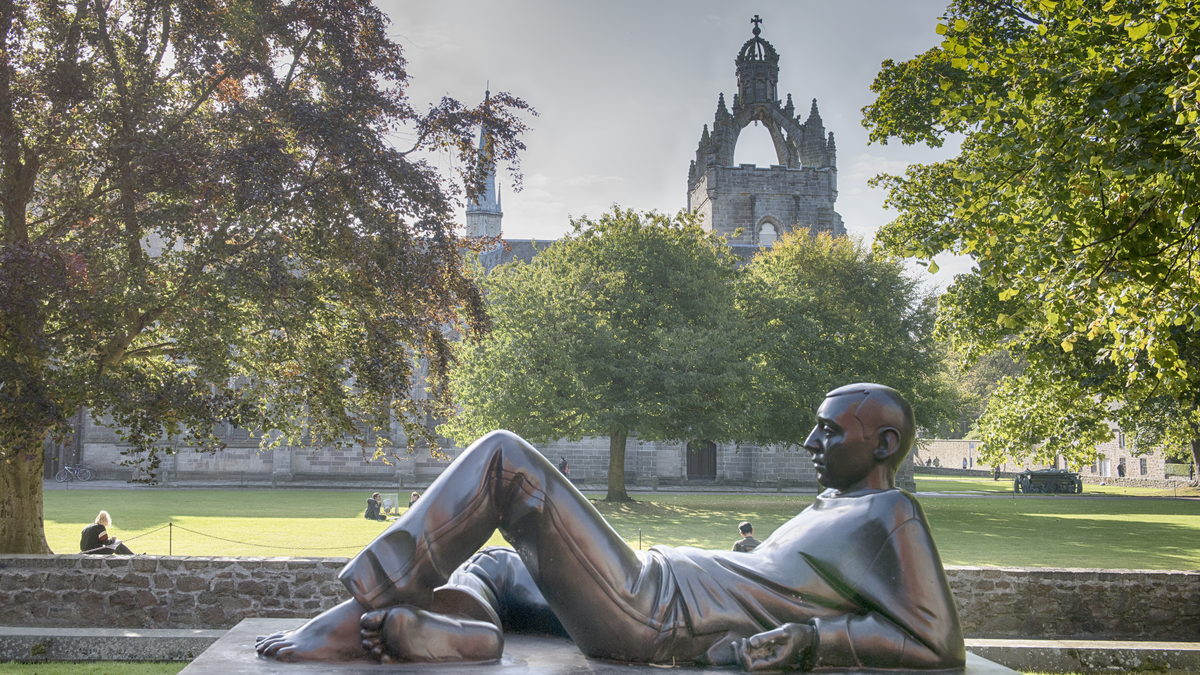 It is part of the School of Divinity, History and Philosophy and has close interdisciplinary cooperation with Humanities, Social Sciences, Physical and Computing Sciences and Medicine subjects in the University. Our students come from all over the world to explore Scottish, European and World History of all periods from the Middle Ages to the 21st Century.

Areas of study include Scottish and European History, Global History, Scandinavian History and Culture, Early Modern and Medieval Europe, Poland-Lithuania, Enlightenment Studies, the History of Ideas, Religion, Philosophy and Science – all led by supervisors who are scholars with an international reputation in their field.

Founded by Bishop Elphinstone in 1495, the University holds excellent library resources and rich archival materials for historians to exploit, including the archives of the Catholic Church in Scotland, archives on the social and cultural history of the North-East of Scotland, the history of science, and many collections on the history of Scotland in its European context. Aberdeen provides a unique research environment for doctoral students, with opportunities for postgraduate training and a lively research seminar culture.

Aberdeen historians research and supervise in concentrations of research activity embedded within and across the following research centres:

History of Science, Technology and Medicine, History of Literature and Science

Cultural history of food and foodways from the seventeenth century to the present day; historical approaches to culinary writing, technologies of food production, and patterns of consumption.

European and/or Scottish histories of witchcraft, medicine, sexuality, law and crime; Calvinism and Reformed Protestantism (especially with regard to social control) in the broad period c. 1450-c. 1700; aspects of urban and noble society; aspects of military history; aspects of the history of women, and early modern Scottish church history.

The History of Poland-Lithuania

Political, cultural, religious and social history of the Holy Roman Empire, Thirty Years War, German Enlightenment, the history of noble elites and cities in Germany and Central Europe, the development of modern Germany during the nineteenth century.

Global Empires and Emigration. Modern Scotland, Britain and the Commonwealth

Emigration within the British empire since the eighteenth century; Modern Scottish History; Oral History; Medicine and Migration; History of the British empire and the Commonwealth in the nineteenth and twentieth centuries, including the impact of the empire on Britain; economics and business histories of the empire, the politics of the Commonwealth, history of settler societies. Africa and the African diaspora in the eighteenth and nineteenth centuries; slavery and abolition.

Any aspect of Modern Russian and Soviet history (particularly c.1900–c.1930), and also transport history, particularly in relation to the role of railway transport in warfare in Britain and Europe; British railway history.

History of Modern European Nobilities and Monarchies, Gender and Emotions

International and global political history and a wide array of modern European history; history of international affairs; Jewish/non-Jewish relations and historical methodology; modern social, political and cultural histories of the Middle East, including wider conflict between national and religious groups; aspects of the Israeli-Palestinian conflict.

Normally, the minimum entrance requirement for admission to the PhD is a degree with Second Class Honours (Upper Division) in an appropriate field, or equivalent. It is preferable that you hold a Masters in the chosen area of study as well.

Alongside your application form, you will need to upload the following supporting documents online:

One of the best settings in the UK

The medieval street-plan of Old Aberdeen still dictates the campus layout, but the tranquillity of the ancient buildings, cobbled streets and quadrangles sits alongside vibrant new constructions.

PG researchers in History enjoy an inclusive and supportive scholarly environment, with a regular seminar series where students present their findings to their peers and receive constructive feedback.

Aberdeen was ranked the leading University in Scotland for Research Impact and 2nd in the UK Outstanding Impact after the last Research Excellence Framework (REF).

Historians' skills are needed for any profession that values quick and critical thinking, detailed analysis, close reading, the art of comparison and testing concepts through practical case studies. History graduates have made careers in politics, become prime ministers (Gordon Brown) and chancellors (Alastair Darling), but also gone into banking, the law, journalism and media.

Our PhD students conduct research in a wide variety of subject areas.