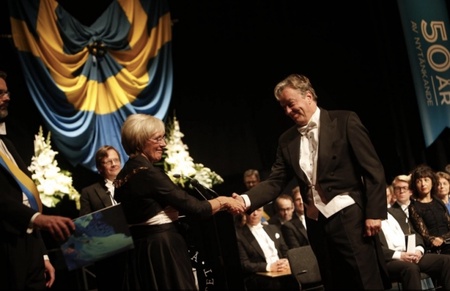 During the 50 years Celebration of Umeå University, Professor Stefan Brink, Centre for Scandinavian Studies, was awarded the 'Language and Culture Trust's Prize' for 2015.

Professor Brink was awarded the prize for his wide ranging and inter-disciplinary research in Political and social structures in early Scandinavia, for studies on the Scandinavian parish formation, on the Nordic landscape, especially in a diachronic perspective, the Christianization process and Nordic slavery in the Viking Age.

The Prize was awarded by the Vice-Chancellor of the University, Professor Lena Gustafsson, during the academic prize ceremony on the 17th of October, in the presence of His Majesty, King Carl XVI Gustaf.