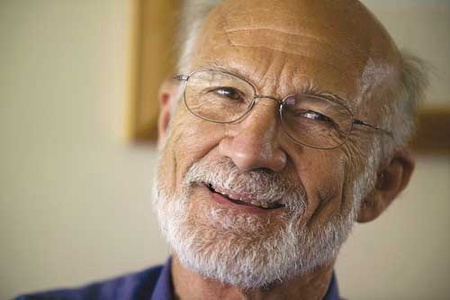 The University of Aberdeen's highly regarded department of Divinity and Religious Studies has appointed a leading professor to strengthen its position as a premier centre for world class research in Theological Ethics.

The University is delighted to announce the appointment of Stanley Hauerwas to a Chair in Theological Ethics. Professor Hauerwas will take up his part-time post within the School of Divinity, History & Philosophy this autumn. Respected worldwide for his influential and wide-ranging scholarship and acknowledged as a leading public intellectual both within and outwith the churches, Hauerwas—who has previously held professorships at the University of Notre Dame and the Duke University Divinity School—continues decisively to shape the field of contemporary theological ethics.

Hauerwas is the author of countless articles and over forty books including Community of Character (1981) and The Peaceable Kingdom (1983), God, Medicine and Suffering (1994), With the Grain of the Universe (2001), and most recently Working With Words: Learning to Speak Christian (2011) and Approaching the End (2013). His body of work engages a vast range of issues in theology, ethics, law, education, literature, disability studies, and medical ethics. He is also well-known for his commitments to pacifism and radical politics. His contributions have been recognized by award of honorary Doctorates from DePaul University, the University of Edinburgh, Virginia Theological Seminary and the University of Geneva. In 2001 he was named by Time Magazine as ‘America’s Best Theologian’.

Sir Ian Diamond, Principal of the University, expressed his delight at the appointment. He remarked that, ‘the appointment of Professor Hauerwas confirms the world-class stature of our Divinity department and the strength of our ambitions. Hauerwas is internationally acknowledged to be one of those very few scholars of whom it can be said without exaggeration that he has changed the face of his discipline. We are pleased to welcome to our ranks a major public intellectual whose scholarship is a touchstone for anyone working in ethics and related fields.’

John Swinton, Professor of Practical Theology and Master of Christ’s College similarly observed that, ‘Stanley Hauerwas is one of the finest theologians of our time and we are delighted that he has chosen to come and work with us at Aberdeen. His appointment is a fantastic opportunity with huge potential and we look forward with anticipation to what will undoubtedly be an exciting and creative future.’

Divinity & Religious Studies is a leading research area within the University and home to one of its largest communities of international postgraduate research students. The most recent Research Assessment Exercise confirmed its status, ranking it first in Scotland and second in a field of thirty-eight departments in the entire UK. (see the Times Higher Education tables).