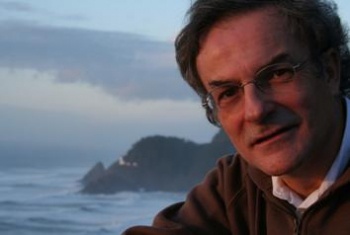 The School of Divinity, History and Philosophy is delighted to announce the arrival of Professor Jack Hill who will be joining the school in September.

The School of Divinity, History and Philosophy is delighted to announce the arrival of Professor Jack Hill who will be joining the school in September. He will be working on the Scottish Enlightenment thinker Adam Ferguson (1723-1816) during his time in Aberdeen, concentrating on his work as a teacher of ethics during his time in the Chair of Moral Philosophy at Edinburgh.

Jack A. Hill is Professor of Religion (Social Ethics) in the AddRan College of Liberal Arts at Texas Christian University (TCU). Born and raised in the Midwest, Hill earned his BA in Philosophy at Occidental College in 1971. He earned an MTS in History of Religions at Harvard University (1974) and a PhD in Philosophical and Theological Ethics (1988) at Vanderbilt University. At TCU, Hill teaches courses in social ethics and phenomenology of religion. Before arriving at TCU in 2000, he taught seven years at the Pacific Theological College in Fiji and three years as Visiting Professor of Ethics at the University of Durban-Westville in South Africa. Hill’s research has focused on the moral experiences of peoples who are positioned at the periphery of political and economic power structures. His major books, based on ethnographic fieldwork in Jamaica, South Africa and Polynesia, are I-Sight: The World of Rastafari: An Interpretive Sociological Account of Rastafarian Ethics (1995); Seeds of Transformation: Discerning the Values of the Next Generation (1998) and Ethics in the Global Village: Moral Insights for the Post 9-11 USA (2008). Hill has published more than twenty-five refereed articles and book chapters. He is currently President of the Southwest Region of the American Academy of Religion, received TCU’s inaugural Distinguished Lecture Series Award (2008), and was the 2006 recipient of the Wabash Center’s Individual Study Leave Grant. Professor Hill is married to Katherine Logue, an attorney, former Baylor Law School faculty, and crocheting enthusiast. He has two daughters—Kelly, an ordained minister, and Erin, a Yale PhD student in music history; along with two grandchildren, Percival and Aaralyn.

There are several reasons, but perhaps one of the big draws is that I am working on a book on Adam Ferguson's moral philosophy and I was attracted by the possibility of interacting with scholars at the Research Institute for Irish and Scottish Studies, who are well positioned to provide expertise on the background of the Scottish Enlightenment which was so important as a formative influence on Ferguson's thought. Secondly, Aberdeen is well positioned in relation to the Grampians, and Ferguson grew up in the borderlands area of Perthshire, between the Lowlands and the Highlands. He spoke Gaelic as well as English, and I want to learn more about the Highlands' cultural influences that may have impacted his thought, along with the more obvious classical and contemporary influences that have been discussed in Ferguson scholarship. Additionally, after visiting Aberdeen twice in the past four years, I've been impressed with the city, the state-of-the-art new library, and the friendly people I have met in the vicinity. Although not particularly looking forward to the weather (it's a bit warmer here in Texas!). It will also be refreshing to experience a genuine winter once again (having grown up in the middle west of the U.S.)