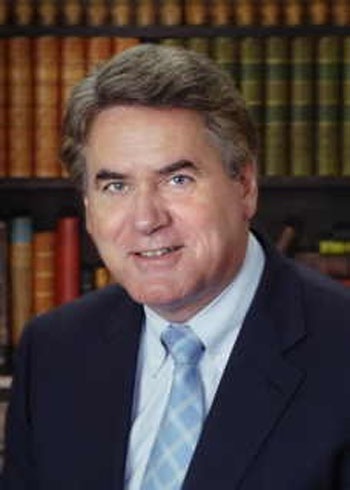 Professor Cairns Craig, Director of the University's acclaimed Research Institute of Irish and Scottish Studies (RIISS), has been made an OBE for services to literature and education..

A leading academic at the University of Aberdeen was honoured in the Queen’s Birthday Honours List last weekend.

Professor Cairns Craig, Director of the University's acclaimed Research Institute of Irish and Scottish Studies (RIISS), has been made an OBE for services to literature and education.

The internationally renowned scholar and distinguished critic of Scottish literature returned to Aberdeen in 2005 to head up the AHRC-funded Centre for Irish and Scottish Studies, and to take up the Glucksman Chair in that subject.

Professor Craig, who is a fellow both of the Royal Society of Edinburgh and of the British Academy, said that the announcement was further acknowledgment of the leading position that the University held in this key area of research in the humanities.

"The recent announcement of political developments in Northern Ireland underscores the importance of mutual understanding and respect between the peoples of Ireland and Scotland, and between communities of Irish and Scottish background in both countries," said Professor Craig.

"The relationships that the University of Aberdeen has established with Trinity, Dublin and with Queen's, Belfast, have inspired a wide range of collaborative research projects which have contributed to that understanding by casting new light on the history, language and cultures of both countries.

The AHRC Centre is now in the second year of its second five-year project and Professor Craig is directing projects investigating the history and the interaction of Irish and Scottish diasporas in North America and in the former territories of the British Empire.

"New collaborative relationships are being built with Centres of Irish and Scottish Studies around the globe," said Professor Craig, who added  that a new organisation to link them will be initiated by a major conference on diasporas and national identities to be held jointly with the Centre for Irish and Scottish Studies at the University of Wellington in New Zealand in March 2008.

Professor Craig was general editor of the four volume History of Scottish Literature (1987-89), and has published widely on Scottish, Irish and modernist literature, including Yeats, Eliot, Pound and the Politics of Poetry (1982); Out of History: Narrative Paradigms in Scottish and English Culture (1996) and The Modern Scottish Novel (1999).  His latest book, Associationism and the Literary Imagination, which will be published later this year by Edinburgh University Press, deals with leading Scottish and Irish writers from David Hume and Laurence Sterne in the eighteenth century to W.B. Yeats and James Joyce in the twentieth.