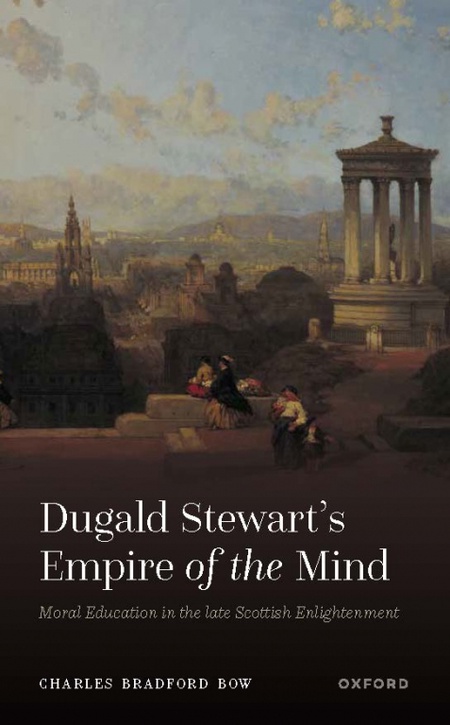 On 18 August 2022, Oxford University Press published Dr Bradford Bow’s monograph, Dugald Stewart’s Empire of the Mind. A major new study of a central figure in the final decades of the Scottish Enlightenment, and an influential interlocutor in the early years of Scottish Romanticism, Stewart recast the teaching of moral philosophy from his chair at Edinburgh in the light of his commitment to the democratic intellect. Bow’s study comprises an intellectual history of what was at stake in ethical education during a period of political upheaval between 1772 and 1828 at once adapting the legacy of his forebears, Adam Ferguson and Thomas Reid, while responding to the challenges and legacy of the American and French Revolutions. His innovative pedagogy fostered an empire of the mind engaged in the universal pursuit of happiness, shaping and informing the globalising, interconnected nineteenth-century knowledge economy.