Award for 'The most useful improvement' Ministry of Innovation, Education and Science (Spanish Government) - 2014

My lines of research correspond to Urban Identities in Postmodern and 20th Century architecture and culture. I also explore the philosophy and history of art within contemporary aesthetics and visual culture. 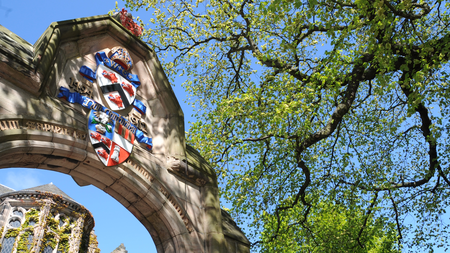 I currently focus on Visual Culture, Cultural Identities, and Urban and Media representations. I am exploring the sense of belonging and the relationship between the individual and its representation from the perspective of cultural identities.

Another research interest is the representation of cultural identities through media and film narratives. I look at Music Videos and also at other global events such as the Eurovision Song Contest.

The use of photography as a method to study Art History and Visual Culture has been key to my current and previous research. Furthermore, my Ph.D. was entitled The study of the city through photography: From Surrealism to Postmodernism.

- Methods of Research and the Masterpiece: from History of Art to Visual Culture. 17th October 2018. University of Aberdeen

- Coordinator of the Seminar "Restoration and sculpted bodies. how our perception has changed over time". 10th October 2018. University of Aberdeen

University of Groningen (The Netherlands)

Supervision of dissertations in: