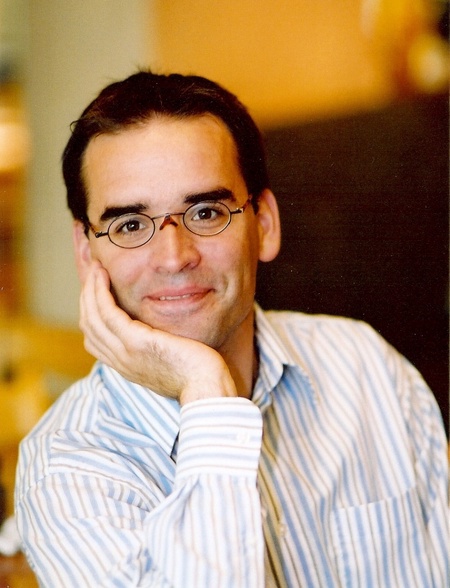 Thomas Weber is professor of history and international affairs at the University of Aberdeen and author most recently of "Becoming Hitler: The Making of a Nazi" (Basic Books). He considers the comparisons made between Donald Trump’s presidency and the rise of Nazi Germany.

Over the last five years, I have often wondered how political analysts who have compared Donald Trump’s presidency to the rise of Nazi Germany would feel if a time machine sent them to Berlin in 1933. They would be stunned by the differences between then and now.

Unfortunately, there are no signs of these comparisons abating anytime soon. In the wake of the attack on the US Capitol, alarmists warning of a fascist America have gone into overdrive. In a video he shared on Twitter, Arnold Schwarzenegger told us that the January 6th insurrection “was the Day of Broken Glass right here in the United States.”

The action hero-turned-politician described the infamous anti-Jewish pogrom that presaged the Holocaust as “a night of rampage…carried out in 1938 by the Nazi equivalent of the Proud Boys.” His message: America’s Night of the Broken Glass and “selfishness and cynicism,” if left unchallenged, could spiral out of control and bring democracy down.

Schwarzenegger’s message is noble, but the reference to Nazi Germany is a misguided one. The Night of the Broken Glass did not bring democracy down. That had already happened half a decade earlier. It was not carried out by the 1930s version of the Proud Boys – it was a state-organized attack that resulted in 30,000 Jews being arrested and sent to concentration camps. And “selfishness and cynicism” had not paved the path to the pogrom.

Schwarzenegger’s intervention is a classic example of the historical record of European fascism being rewritten to fit political messages that warn against Donald Trump. The underlying message behind invocations of Europe’s dark past is clear: Trumpism is fascism, and, even under Joe Biden’s presidency, it is here to stay.

Of course, there is some overlap between fascism and Trumpism, particularly in the use of demagoguery and the promise to restore the glory of the nation. While this overlap is well worth exploring, the alarmists who have performed public ‘Gotcha!’ dances every time Trump has used the playbook of demagoguery have missed one obvious point: all fascists are demagogues, but not all demagogues are fascists. Ignoring this crucial point blinds us to the real danger the core of Trumpism poses to democracy even with Trump out of the White House.

As I said in an interview immediately after Trump was elected in 2016, “My advice would really be to point out what is dangerous about Trump and a presidency of Donald Trump. By invoking Hitler, you run the risk that people will just somehow try to prove that Trump is not Hitler, and if Trump isn't Hitler than everything will be fine. My point is, Trump isn't Hitler, but things won't be fine.”

Beyond their shared strategy of stirring up resentment, appealing to popular prejudices and peddling lies, Trump and Hitler are most similar in how they view the state of nature. Both would likely agree, if the world was left to its own devices, dog-eat-dog anarchy would reign supreme. Yet Trump and Hitler fundamentally differ in their conclusions on how to respond to this nature.

Hitler thought the state of nature could and should be overcome, and that a strong and total state was the tool to do so. In keeping with fascist thinking, his starting point was that the pursuit of individual self-interest is poisonous to overcoming the state of nature. For fascists, individuals can only thrive as part of a collective, held together through common kinship and ideology and organized through a strong state.

Trump’s starting point is the exact opposite. For him, the pursuit of individual self-interest is paramount to all human existence. For Trump, it seems this pursuit is the glue that holds an intricate web of relationships together. Adhering to this principle is what helps manage the state of nature – both within and between states – even if it can’t be overcome.

The core of Trump’s political philosophy is that the ruthless pursuit of individual self-interest allows people to thrive both individually and collectively. Kinship beyond family, ideology, and the state – unlike in fascism – only exist in a transactional sense meant to remove any obstacles to the unobstructed pursuit of self-interest.

This may be why notions of service, sacrifice, and heroism seem incomprehensible to Trump. During a 2017 visit to Arlington National Cemetery, Trump reportedly said: “I don’t get it. What was in for them?” (The White House called the report “false” and Trump issued a denial on Twitter

Hitler’s discussion of the role of the state in Mein Kampf rejects the Trumpian pursuit of self-interest and personal enrichment. “The State,” Hitler wrote, “has nothing whatsoever to do with a definite conception of economics or development of economics.” Hitler did not think the state’s primary function was to drive the economy; instead, he considered the state as the great facilitator that would allow the German ‘racial’ community to flourish collectively.

Donald Trump, meanwhile, acted as if the state only existed as a transactional tool that he could wield at his will. It seems he was repeatedly baffled by the discovery that he did not have unlimited executive power but was bound by the Constitution and laws. He never seemed to comprehended that he needed to follow process in exercising power. When the Supreme Court justices he appointed, Vice President Mike Pence, and Attorney General William Barr upheld the Constitution rather than do as he wished, Trump took it personally and considered Pence's refusal to overturn the election a betrayal.

Hitler and Trump, along with fascism and Trumpism, are all destructive to liberal democracy, but in fundamentally different ways. Taking these distinctions seriously allows us better to understand the specific threat Trump posed and be better equipped to spot the warning signs of someone who might follow in his footsteps.

Displaying a poor understanding of history, making faulty comparisons and crying wolf at the faintest signs of fascism could lead the world to become anesthetized to dangerous leaders when they actually try to use Hitler’s playbook to consolidate their own power.

There is another reason why it is important not to conflate Trump and Hitler, or Trumpism and fascism. In order for the US to heal, Americans need a clear-eyed view -- not at “what stands between us / But what stands before us,” to quote Amanda Gorman’s beautiful inaugural poem. However, it is impossible to get to that point without first rebuilding mutual trust.

Trust in each other – the most important prerequisite in rebuilding America – can only be reestablished if people are not showered with false accusations. If people have supported a bumbling emperor with no clothes for the last four years, we will not get through to them by calling them fascists. Yet if we identify with clinical precision what is wrong with Trumpism -- rather than using the label of fascism where it does not apply -- all the while treating his supporters with empathy, we might have a shot at slowly rebuilding trust. And this trust is what will allow both sides of the political divide to engage in conversations about how supporting Trump, even if he is not a fascist, still brought the country to the verge of democratic breakdown.

As we attempt to rebuild trust in each other, we need to do one more thing. It is time we turn to history to identify ways to heal our democracy and apply them to the digital age. What does history tell us about how can we heal our democracy? Due to our love of studying how things blew up, we know surprisingly little about how societies rebuild. If there’s anything Trump taught us, it’s how fragile our democracy is, even at the hands of a largely incompetent strongman. It is time we start doing the hard work of repairing our democracy.