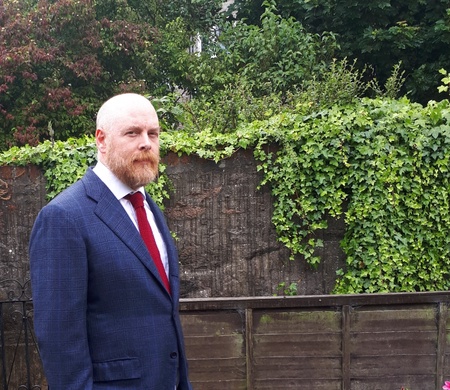 I have been studying Anglicans fighting about sex for over a decade. In that time, many things have changed, but some have not. The Anglican churches in the global north have on the whole at least shifted their positions in the direction of welcoming to LGBTQ persons in the church, albeit with pockets of resistance, some relatively large and others very well organised. Bishops in sub Saharan Africa, by contrast, have redoubled their condemnation of same-sex relationships. Proponents of such a conservative position on sexuality often claim that these churches are experiencing phenomenal growth from new converts, a product of their ‘orthodoxy’ (of which abhorrence of homosexuality is taken as the litmus test).  My recent research shows why that is highly unlikely to be true, at least in two of the largest Anglican churches in the world.

Conservative church leaders often contrast the dramatic growth of ‘orthodox’ churches in the global south with the declining population of the faithful in ‘liberal’ churches in the north. True Christianity grows, they say, while churches with false teaching wither on the vine. The Church of Nigeria and the Church of Uganda are often held up as examples of such growth that comes from upholding ‘biblical values,’ like monogamous heterosexual marriage. The Church of Nigeria is typically said to have 20+ million members, and the Church of Uganda, 8 million members. A social scientist’s methods are no help in evaluating the truth of theological positions but religious identification and church growth are open to a sociologist’s consideration.

The problem with claims of phenomenal growth in converts is that evidence for identification with the Anglican church in sub Saharan Africa is hard to come by; censuses are infrequent, and often do not ask questions about religious identity; church records are often poor, uneven, or non-existent. This leaves claims resting on conjectures and assertions. In a paper appearing in The Journal of Anglican Studies, I have used the best statistically representative surveys of sub-Saharan Africa to estimate the population that identifies with the church in five African countries. These surveys cannot tell us how many people attended services, but we know from other research that this is typically far less than the number of people who say that they identify with a church.

The most surprising finding is that the best statistical estimate is that 7.6 million Nigerians in 2016 called themselves Anglicans when asked—about 4% of the population. Because this is an estimate based on probabilities, there is room for error in the estimate, but there is only the remotest chance that the population of Nigerians that identified as Anglican in that year could have exceeded 11.7 million, even this is dramatically fewer than the church claims for itself.

Results of the analysis for Uganda were also somewhat surprising. In contrast to Nigeria, the study found that more people identify with the church than is usually assumed, about 10.9 million people in 2016 (27% of the population of Uganda); this makes Uganda the largest Anglican-identified population in sub-Saharan Africa. However, if we look at these results in conjunction with figures from the National Population and Housing Census (Uganda), the evidence shows that the proportion of the population that identifies as Anglican is in steep decline, even as the absolute number of Anglicans grows. Because of population growth, every year there are more Anglicans, but each year, a smaller percentage of the population will identify as Anglican.

In short, the numerical strength of the Church of Nigeria is typically greatly exaggerated; and more importantly there is no evidence of net growth from conversion in either province in recent decades. That does not mean there are no converts to Anglicanism. It does mean that these are offset (or more than offset) by defections to other religious identities.  Anglicanism’s absolute growth in both these provinces is indisputable, but it is overwhelmingly the result of ‘natural increase’ (surplus of births over deaths) and mirrors the growth of the rest of the population. The churches may be holding steady in proportional terms (the best-case scenario in Nigeria, it may be worse) or shrinking (like Uganda), but they are not attracting a large number of converts in net terms.

In both contexts Anglicans face stiff competition from Pentecostalism and many Pentecostal and charismatic competitors in Nigeria and Uganda are rampantly anti-gay.  This may, in fact, be part of the explanation for these churches’ hardening positions on sexual minorities, along with a political context in which gay people are often used as convenient scapegoats. Thus part of the conflicts within Anglicanism may be an after-echo of church leaders in sub Saharan Africa attempts to hold their members. Their challenge is to avoid losing more members by association with churches in the global north who are seen to have morally questionable ‘western values.’

For as long as the Covid-19 crisis lasts, Anglicans and Episcopalians will be finding other things to concern themselves with, to disagree about, and, hopefully, given the challenges, to help one another with. When the dust from the pandemic settles, I have no doubt that sexuality will once again become a focal point of disagreement and dispute in the global Anglican Communion. The theologians can debate whether proportional growth is a good indicator of a church ‘walking in the truth’, or decline a sign of having departed from that path. Whatever their answer, the evidence suggests that it is probably not a claim that the Anglican churches of Nigeria and Uganda, nor their advocates in the global north, should be making in the disputes about sexuality.

Andrew McKinnon is Senior Lecturer in Sociology at the University of Aberdeen. He is the author, with Christopher Craig Brittain, of Anglican Communion at a Crossroads: The Crises of a Global Church (Penn State University Press, 2018); his article for The Journal of Anglican Studies, ‘Demography of Anglicans in Sub-Saharan Africa: Estimating the Population of Anglicans in Kenya, Nigeria, South Africa, Tanzania and Uganda’ is now available online in FirstView.