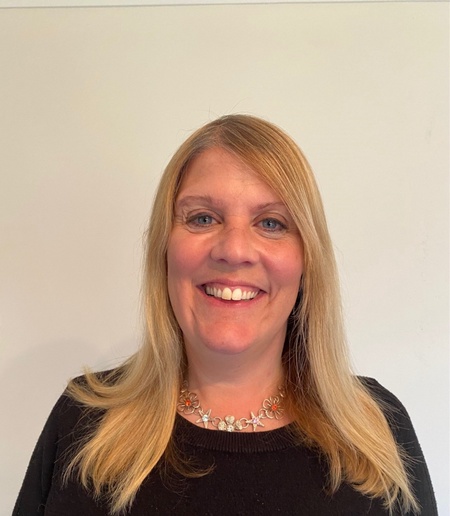 Professor Abbie McLaughlin, from the University of Aberdeen’s Department of Chemistry, takes a look at the opportunities presented by a research breakthrough that could enable the widespread use of hydrogen energy to power transport and homes as part of the energy transition.

With the recent arrival of the world’s first hydrogen double decker buses to the city, Aberdeen continues to build its reputation as a test bed for hydrogen technologies that have the potential to play a crucial part in the energy transition.

Home to the UK’s first hydrogen production and bus refuelling station, and with plans for a hydrogen hub that will develop the region’s hydrogen-based economy, the city is at the forefront of research and development in this clean energy source that is expected to play a role in meeting emission reduction targets across the world.

At the University of Aberdeen, we have been playing our part in harnessing the potential of this technology by investigating new chemical compounds for use in hydrogen fuel cells, funded through more than £250,000 in research funding including from bodies such as the Leverhulme Trust, EPSRC, and Royal Society, and Royal Society of Chemistry.  The results are exciting, but let’s first look more closely at how fuel cell technology is an integral part of hydrogen energy research.

What are fuel cells, and how can they be used?

In a fuel cell the chemical reaction between the elements hydrogen and oxygen produces water and electricity and provides a clean alternative to fossil fuels. Not only can fuel cells be used to provide electrical power for transport, they can also be used to power homes and businesses through combined heat and power (CHP) applications.

The importance of being ‘fuel flexible’

Being fuel flexible means that the ceramic fuel cell can use hydrocarbon fuels such as natural gas as well as hydrogen. At present the infrastructure for hydrogen production is not ready in the UK. The ceramic fuel cell therefore has the advantage that it can act as a bridging technology as we move away from hydrocarbon fossil fuels towards cleaner energy sources such as hydrogen.  If hydrocarbon fuels are used the emissions of greenhouse gases are much lower than for a petrol or diesel engine.

However, a major drawback of current ceramic fuel cells is that they only work at temperatures greater than 800 °C. Because of this they have a short lifespan, take a long time to start up and require expensive parts. These problems can be solved if the temperature the fuel cell is used at can be reduced to below 600 °C. Fuel cells contain three major components – an anode, an electrolyte and a cathode.

New chemical compounds need to be discovered to be used as the electrolyte in the fuel cell to reach the important goal of a highly efficient ceramic fuel cell operating at temperatures below   600 °C.

A solution to unlock the potential of ceramic fuel cells

At the University, we have been exploring a family of chemical compounds called ‘hexagonal perovskites’ for more than 15 years. In this time we have learnt the key features required for realising high ionic conductivities, and have now discovered a new chemical compound (Ba7Nb4MoO20) which could be used as the electrolyte in a ceramic fuel cell at 500 °C.  This new compound could be the key to unlocking the full potential of ceramic fuel cells.

The synthesis of the chemical compounds is performed in high-specification furnaces at temperatures up to 1300 °C. The electrical properties are then determined using a technique called impedance spectroscopy. Experiments are also performed at large scale facilities, such as the ISIS Neutron and Muon Source, at the Rutherford Appleton Laboratory of the Science and Technology Facilities Council, on the Harwell Science and Innovation Campus in Oxfordshire. This is a world-leading centre for research where neutron instruments give insight into the properties of materials on the atomic scale and enable understanding of the conductivity mechanisms. Such knowledge can then be used to optimise the conductivity.

Research is now ongoing to further develop this new chemical compound which, if successful, could allow fuel cell powered cars and homes to become widespread in the coming years, and further bolster Aberdeen’s growing status as a world leader in hydrogen research and innovation.