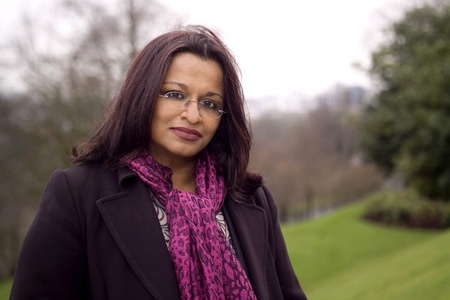 A leading British Muslim academic will deliver the 2016 Gifford Lectures,a thought-provoking series which brings a unique perspective to fundamental questions of philosophy and religion.

The series was established in 1885 thanks to a bequest in the will of the jurist Adam Lord Gifford. He left a substantial endowment to the four ancient Scottish universities (Edinburgh, Aberdeen, Glasgow, and St. Andrews) to establish of a recurring series of lectures dealing with the topic of natural theology.

The lectures began in 1888 and, with the exception of the years during World War II, have been delivered continuously since that time.

Professor Mona Siddiqui, OBE, will deliver the 2016 Gifford Lectures on the theme of ‘Struggle, Suffering and Hope: Explorations in Islamic and Christian Traditions’ from September 20 to 29.

Professor Siddiqui is Professor of Islamic and Inter-religious Studies and Assistant Principal Religion and Society at the University of Edinburgh. She is well known publically for her regular contributions to a wide range of national and international media and is a regular presenter on BBC Radio Four’s Thought for the Day.

The Gifford Lectures have a distinguished history and we are delighted to welcome Professor Mona Siddiqui to deliver the 2016 series." Professor Philip Ziegler

Professor Philip Ziegler, Chair of the Gifford Lecture Committee at the University of Aberdeen, said: “The Gifford Lectures have a distinguished history and we are delighted to welcome Professor Mona Siddiqui to deliver the 2016 series. The chosen theme of ‘Struggle, Suffering and Hope’ is of great relevance and Professor Siddiqui’s informed and creative engagement with Islamic and Christian religious traditions will be of both great interest and importance for all those able to attend.”

Professor Siddiqui said: “The primary aim of my lectures is to explore an array of perspectives on human struggle and how the realities of struggle, doubt and personal striving are reflected in and related to religious faith.   The focus on a number of specific writers and thinkers will show how individuals have dealt with personal struggle, conscience and the political and social realities of their times.”