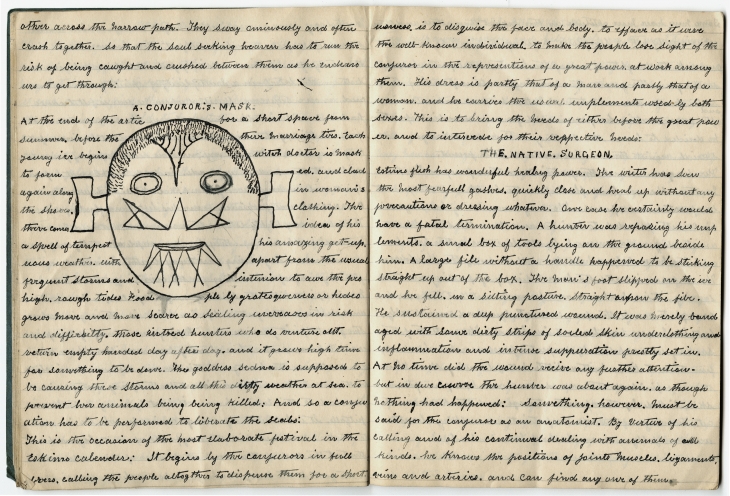 Pupils from Westpark Primary School will take the opportunity to see their own art work on display at The Sir Duncan Rice Library as part of a national campaign this week (Wednesday November 12).

The Primary 7 class teamed up with the Learning and Outreach Officers within the University’s Special Collections Centre to create a Story Box project for the Explore Your Archive campaign.

The Explore Your Archive campaign has been designed to showcase archives across the UK and to encourage community participation and interaction with archive collections.

Explore your Archives gives us the chance to really engage local youngsters with just some of the truly special items we hold in our collections, and it is really rewarding to see how they respond to the pieces and interpret them in their own way." Siobhán Convery

This is the second year that the campaign has run. The project aims to encourage members of the public to respond to the collections in a variety of interpretive and creative ways.

The team at the Special Collections Centre chose to base their Story Box project around the David Cardno archive. The collection consists of the notebooks, journals, scrapbook and photos of David Cardno, who was a whaler from Peterhead. In 1866, at the age of 13, he stowed away on a whaling ship bound for the Arctic and when he was discovered by the captain was allowed to stay on board as a cabin boy. Cardno spent the rest of his working life in the Arctic in the whaling business and his notebooks are full of fascinating detail not only about the thrills and dangers of life as a whaler, but also about the Inuit people he met. Cardno spent a good deal of time with the Inuit of Baffin Island, even living with a family in their igloo for a few months when he was a teenager, and he was interested in their customs and traditions. As an old man he spent three years manning a whaling station on Baffin Island solo, and he spent the time writing both his own memoirs and also what seems to be the basis for an intended pamphlet on Inuit life.

The pupils from Westpark Primary School explored the archive at the Special Collections Centre and were then inspired to create their own artwork and curate an exhibition which will be on display at The Sir Duncan Rice Library from November 12 – 16.

Siobhán Convery, Head of Special Collections, recognised the fantastic contribution from the children, she said: “I am absolutely delighted that we have once again been involved in this wonderful campaign.

“Explore your Archives gives us the chance to really engage local youngsters with just some of the truly special items we hold in our collections, and it is really rewarding to see how they respond to the pieces and interpret them in their own way.

“I hope members of the local community come along to see the fantastic work that the pupils from Westpark have created and I am sure the class will thoroughly enjoy their private viewing next week!”