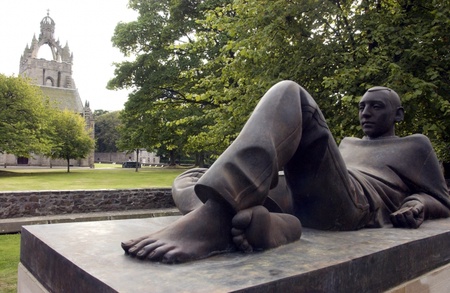 The four UK higher education funding bodies (the Higher Education Funding Council for England, Scottish Funding Council, Higher Education Funding Council for Wales, and Department for Education, Northern Ireland) allocate about £2 billion per year of research funding to UK universities, based on the quality and volume of each university’s research. They aim to support a dynamic and internationally competitive UK research sector that makes a major contribution to economic prosperity, national wellbeing and the expansion and dissemination of knowledge.

Aims of the Research Excellence Framework

To distribute funds selectively on the basis of quality, the funding bodies assess universities’ research through a periodic exercise. This was previously known as the Research Assessment Exercise (RAE), and was last conducted in 2008.

The 2014 Research Excellence Framework (REF) replaced the RAE. It assessed the quality and impact of research submitted by UK universities across all disciplines. The results will be published in December 2014 and will be used by the funding bodies to allocate block-grant research funding to universities from 2015-16.

As well as informing funding allocations, the REF provides accountability for public investment in research, demonstrates its benefits, and provides important reputational yardsticks and benchmarking information about the research performance of UK universities.

?   around £2 billion per year of research funding will be allocated on the basis of the results.