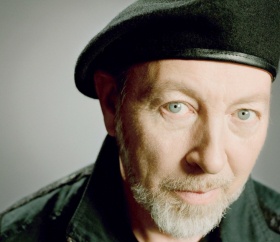 The event, which takes place tonight (Tuesday) at 6.30pm in the event space of the Sir Duncan Rice Library, will see 14 songs under the banner of New Voices premiered in a presentation compered by Marc Ellington. A commemorative book featuring the lyrics and a DVD of the performance will also be created.

Richard Thompson, who played with Fairport Convention and some of whose 400+ songs have been covered by a wide range of artists, including Elvis Costello, Robert Plant, REM, Los Lobos, David Byrne and Alison Krause, said: "I am absolutely amazed at the standard of work, in spite of the fact that the time was so short, and the parameters strict. I think we are seeing an exceptional generation of talent emerging here in the North East, and I look forward to hearing what the next few years brings from these artists."

It was such a wonderful experience for members of the University community, both staff and students, to benefit from Richard's expertise and to hone their songwriting skills with one of the most influential songwriters working today. " Professor Pete Stollery

Prof Pete Stollery, Head of Music at the University, said: “It was such a wonderful experience for members of the University community, both staff and students, to benefit from Richard’s expertise and to hone their songwriting skills with one of the most influential songwriters working today.

“Such was the enthusiasm from the workshop participants that they desperately wanted to perform the completed songs and to create a book of the lyrics with a DVD of the performances. As a result, a few in the group have set up the North East Song Collective to keep the momentum going."

The event is open to all and is free to attend.