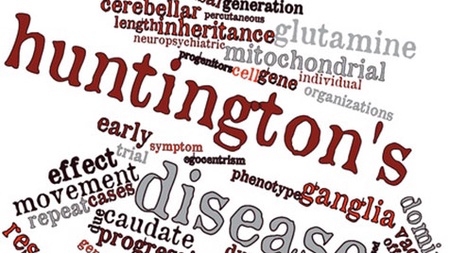 As many as 1 in 400 people have the mutated gene that causes Huntington's disease - far more than previously thought - according to researchers at the University of British Columbia, the University of Aberdeen, and the Coriell Institute for Medical Research.

The study, published in the June 22, 2016, issue of Neurology®, the medical journal of the American Academy of Neurology, is the first to reveal how common the genetic cause of Huntington’s disease is in the general population.

Huntington’s disease is an inherited condition typically diagnosed in adult life. It causes involuntary movements and psychiatric problems. The symptoms of the disease become evident years after specific brain cells start to die. The symptoms of Huntington disease steadily worsen and lead to death 15-20 years later.

The gene which causes Huntington’s disease, HTT, was discovered in 1993. It contains a section where three letters of the DNA code are repeated. Most people have up to 27 repeats in the gene. People with more than 40 repeats develop the disease, as do some of those with 37 to 39 repeats. But until now it has remained unclear how many people in the general population have the additional repeat mutation that causes Huntington’s disease, and how many of them are at risk of developing it.

“It has been a difficult question to answer, since no one has ever examined the gene repeats in large numbers of people outside the clinic,” says Chris Kay from the University of British Columbia, lead author on the manuscript. “We had estimates based on how many patients we see, but our study in Canada, United States of America and Scotland found far more mutations than expected.”

As more and more people are tested for genetic conditions, it is increasingly important for healthcare workers to accurately explain what such gene variations do and don't mean." Professor Zosia Miedzybrodzka

The majority of these had between 37 and 39 repeats, which usually results in Huntington’s disease starting over the age of 60. The new results suggest that many people with the mutation may never actually develop the disease.

“We have known for many years that older Huntington’s disease patients tend to have smaller numbers of repeats,” says Dr. Michael R. Hayden, from the University of British Columbia, who directed the study. “But the high frequency of these mutations in the general public shows that we may be underestimating the number of elderly patients with Huntington’s disease. Their symptoms may not be clearly recognized as Huntington’s disease. Likewise, it may be that only some of these people will ever go on to develop Huntington’s disease, and that others are protected in some way.”

The study opens new questions regarding the true number of people who manifest Huntington disease, and whether people who live longer have a higher risk of developing symptoms.

“As more and more people are tested for genetic conditions, it is increasingly important for healthcare workers to accurately explain what such gene variations do and don’t mean,” says Professor Zosia Miedzybrodzka, a co-author on the study at the University of Aberdeen. “We don’t want people who will never get the condition having a gene test for another reason being worried about it in error or disadvantaged in some way. On the other hand, recognising the disease in more people who actually have problems from it should improve their medical care.”

The study was funded by the Canadian Institutes of Health Research with the assistance of the Coriell Institute for Medical Research and the NHS Grampian Huntington’s disease endowments research fund.