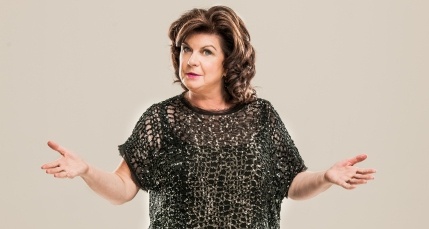 The programme for one of the north-east's premier festivals is launched today and will see actor and comedian Elaine C Smith, football pundit and broadcaster Pat Nevin and science whizz Marty Jopson, from the BBC's One Show take to the stage in the Granite City.

The May Festival, organised by the University of Aberdeen and supported by Total, Nexen, the Arts and Humanities Research Council, EventScotland and Aberdeen City Council and a host of other local sponsors, will run from May 27 to 29 and includes a wide spectrum of events ranging from arts, literature and music to science, food and sport.

It is the fourth year of the May Festival, which attracts thousands of people to the University’s King’s College campus, and for 2016 it will also celebrate Scotland’s Year of Innovation, Architecture, and Design.

For the first time the programme also includes a strand of events dedicated to the history and heritage of the region including a session exploring Aberdeen’s ‘forgotten’ riots of 1785, a chance to explore one of Aberdeen’s ancient churches the Mither Kirk, and a series of walks and tours around the historic Old Aberdeen.

The May Festival grew out of the popular Word Festival and in 2016 literary events will once again be at its heart with writers including Leila Aboulela, Paul Burston, Claire Keegan, Sinéad Morrissey and Esther Woolfson offering a range of readings and workshops.

Music will also feature strongly with concerts from the renowned Choir of King’s College, Aberdeen and a mix of poetry and performance combining dedicated to Old-Aberdeen-born poet, Charles Hamilton Sorley, killed by a sniper at the Battle of Loos.

The programme will showcase the important research underway at the University of Aberdeen and science whizz Marty Jopson, from the BBC’s One Show, will be on hand to solve some of life’s conundrums.

The 2016 Year of Innovation, Architecture and Design has supported a series of tours and discussions in keeping with the theme including a look at the University’s newest building, home to the Rowett Institute of Nutrition and Health.

A fresh produce market will be held in Elphinstone Hall on Saturday (May 28) and biodiversity bonanza will run on Sunday.

In addition to the main Festival, dedicated Schools’ and Children’s Festivals will also run, sponsored this year by Total, with events to fire young imaginations.

The programme for 2016 is our broadest yet as we are celebrating Scotland's Year of Innovation, Architecture and Design as well as introducing our new Heritage and History theme" Professor Sir Ian Diamond

This will feature a tipi tent for children, treasure trail, and hands-on sessions where youngsters can build bird and bat boxes. Popular authors David Macphail and Sheena Blackhall will entertain and Sheena will give a rendition of The Gruffalo in Doric.

Professor Sir Ian Diamond, Principal and Vice–Chancellor of the University of Aberdeen, said: “The May Festival has proved a huge success attracting audiences interested in our diverse selection of activities and events, spanning literature, music, science, sport, film and visual culture.

“The programme for 2016 is our broadest yet as we are celebrating Scotland’s Year of Innovation, Architecture and Design as well as introducing our new Heritage and History theme.

“The University is a major contributor to the cultural and intellectual life of the North-East and beyond, and we are proud that the May Festival is firmly established as a highlight in the region’s cultural calendar.

“We are proud to offer a fantastic selection of affordable events for all the family and a significant proportion of the programme remains free of charge thanks to the generous support of our sponsors.”

Brian Wilkie, TEP UK Corporate Affairs Director at Total, said: “We are delighted to be associated with this major north east festival that grows in popularity each year. As sponsors of the children’s festival, schools and environment programme, we encourage everyone to join in the vast array of creative and interactive activities designed to encourage, inspire and promote learning aptly set within the historic grounds of King’s College.”

Jo Robinson, VisitScotland Regional Director for Aberdeen City & Shire said: “From textiles to technology, architecture to fashion and design, the 2016 Year of Innovation, Architecture and Design will shine the spotlight on Scotland’s greatest assets and icons, as well as our hidden gems.

“Since its launch in 2013, the May Festival has grown from strength to strength, offering locals and visitors a chance to experience a wide-range of events spanning literature, music, film and sport. The diverse programme announced today, looks set to appeal to all ages from both a cultural and educational perspective and we are delighted that Scotland’s current themed year will be celebrated through a dedicated series of events.”

For the full programme of events at the 2016 May Festival visit www.abdn.ac.uk/mayfestival. Bookings for the Schools’ festival also open today (April 18).

2016 Year of Innovation, Architecture and Design