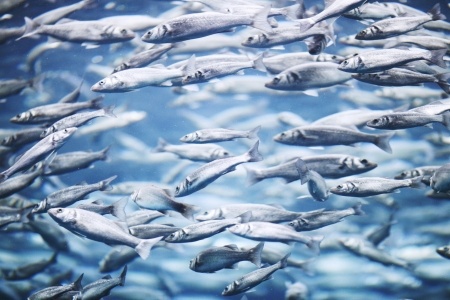 Aberdeen researchers have discovered that women may hold the key to the preservation of traditional dialects spoken in Scottish fishing communities.

Linguists from the University of Aberdeen have spent the last six years studying the traditional tongue of fisher folk along the east coast for the Fisherspeak project, which was funded by the Arts and Humanities Research Council.

They examined ‘dialect attrition’ within fishing communities and how traditional language has changed and evolved with the decline of the fishing industry.

Project leader Professor Robert McColl Millar, Professor in Linguistics and Scottish Language at the University of Aberdeen, said: “We were interested in what happens to language when tight-knit communities change. At one time everyone wold have known each other and lived and worked together.

“As a result, small-scale and highly localised dialects developed characterised by unique vocabulary which changed across a relatively small geographical area.

“We can see this in the variety of words for seagull – a bird which seems to be universally unpopular whatever the fishing community. Nevertheless it often seems to have been taken as a badge of identity for coastal people.

“In Wick it is a scorrie, while in Thurso it is a maa; in Peterhead a scurrie, while in Fraserburgh they say myaave. In Lossiemouth the normal word is gow, while in settlements like Gamrie, to the west of Fraserburgh, local people say pewl(ie). What is interesting is that many local people know not only their local word for the bird but also many of the other ones found along the East Coast.”

Professor Millar said they had expected change as a result of more mobile societies but what they found is that dialects are not being replaced by standardised English but by larger regional dialects.

They identified that these larger scale dialects are more connected to pronunciation than vocabulary so that phrases like fit like?, with its Northern Scots change of to /f/, would be more likely to continue than local vocabulary items like sair ferfochan ‘greatly troubled’.

Researchers were keen to discover whether young people knew the traditional words spoken in their communities and found many women had a larger range of vocabulary connected to heritage industries than men.

Professor Millar added: “We found that many younger people had a rough idea what a word was associated with but could not fully define it.

It is interesting that many of the words most recognisable today relate to the types of role within the industry that women would have performed." Professor Robert McColl Millar

“In Peterhead particularly we found a number of young women had a good understanding of traditional vocabulary of the area.

“This could be explained in part due to connections with heritage industry but around the coast we were surprised to find that many of the words which survived best are associated with the dressing and selling of fish, rather than the size or species of fish.

“Words like chipper - for a haddock of the right size to be served in a chip shop - were more likely to turn up than pontie, a word for an immature haddock, historically found throughout Scotland.

“It is interesting that many of the words most recognisable today relate to the types of role within the industry that women would have performed.”

However Professor Millar suggests this is probably a ‘last gasp’ for many of the specialised regional dialects.

“Inevitably as communities and the fishing industry change, many of these traditional words will be lost.

“This can in part be attributed to huge changes in technology. Many of the local words related to line fishing, such as gartlins ‘great lines’ or scull ‘basket which held lines’, were barely remembered by even the oldest informants.

“But we found language attrition was not just taking place in industry specific words. We asked about words concerned with seaweed – part of the sight and smell experiences of all coastal dwellers, no matter what they do for a living – and found that knowledge of the different words for seaweed was extremely patchy, even among people of essentially the same age and experience. This was particularly notable with ware (otherwise pronounced waar or waur) which used to be a common generic term across the whole of eastern Scotland.”

“Interestingly, local people along the coast appear now to think of the local pronunciation of their settlement’s name – Week for Wick; Peterheid for Peterhead; Ainster for Anstruther – as being somewhat marked in relation to the mainstream pronunciation; this would probably have been unusual a generation ago.

“Nevertheless, it is very likely that larger scale dialects will remain; what will distinguish them from other dialects will be pronunciation rather than different vocabularies.”

A book detailing the findings of the Fisherspeak project, Lexical Variation and Attrition in the Scottish Fishing Communities was published in the summer. It was shortlisted by the Saltire Society for their annual prize for best academic book on a Scottish theme.