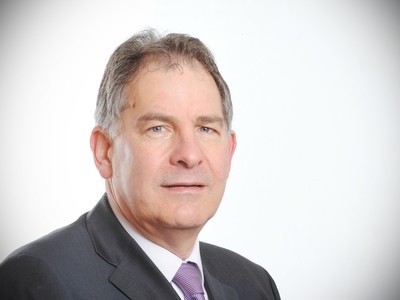 The University of Aberdeen Rowett Institute of Nutrition and Health has received a huge funding boost from the Scottish Government.

The government announced today (Monday) that it is investing £48M into research involving agriculture, environment and human health which is being carried out by a consortium made up of the Rowett Institute, the Moredun Institute, the James Hutton Institute, Scotland’s Rural College and Biomathematics & Statistics Scotland.

As part of the funding, the Rowett Institute will receive £7.6M.

The Rowett’s role in the project, which will be led by Professor Julian Mercer, will investigate areas such as:

He said: “I am delighted that the Scottish Government has once again shown its commitment to scientific research into the area of farming and food production with this huge investment.

“This funding will allow us, alongside our collaborators, to continue researching the complex and intertwined issues that arise in the relationship between agriculture, environment and human health. Further research into these areas, and a better understanding of the issues obviously benefits our many stakeholders, including the farming community, food and drink industry and the people of Scotland.

“With its long history in nutrition research, the Rowett is well placed to take the lead on how to achieve a healthy and sustainable diet and also how to improve the healthiness of the food products we produce. Yet at the same time we will also be addressing the issue of what determines food choice, particularly in the context of inequalities.”

I am delighted that the Scottish Government has once again shown its commitment to scientific research into the area of farming and food production with this huge investment." Professor Peter Morgan

Rural Affairs Secretary Richard Lochhead, said: “Scotland is globally renowned as a land of science and innovation, and this funding will ensure we maintain our position at the very cutting edge of advances in agriculture, food and the environment.

“The Scottish Government continues to be a major funder of research in these fields, investing almost £50 million a year in research into crop science, animal health and welfare, human health and wellbeing and global challenges like food security and climate change.

“Our continued support will ensure Scotland will remain at the forefront of ground-breaking advances that have the potential to transform farming and food production in this country and across the world – building on the successes already achieved.”

“The Scottish Government continues to prioritise and fund strategic science that delivers the evidence base to support policy needs in the rural affairs, food and environment portfolio. Much of this research is delivered through the Scottish research institutes, and has allowed Scotland to build an enviable and unrivalled national capability in land-based science in terms of research platforms, critical infrastructures and skilled people.

“This national capability benefits the whole Scotland, adding value through partnerships with other research funders such as the UK Research Councils and the EU; with other areas of scientific expertise in Universities; and with users of science such as the farming community.”