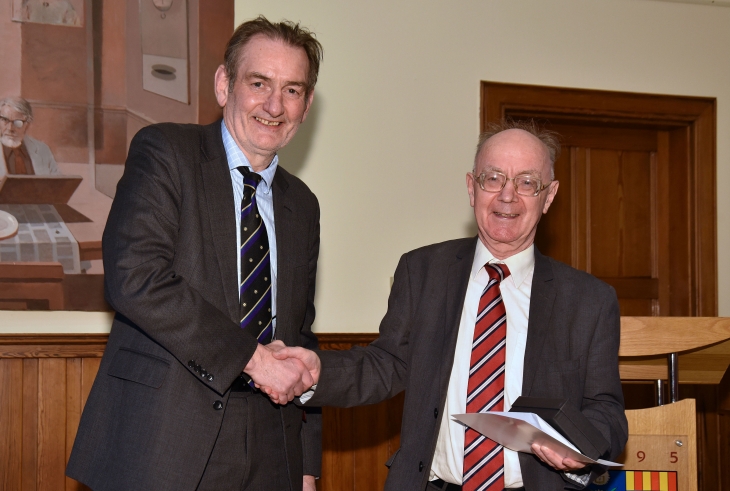 Professor Alex Kemp has been honoured for half a century of service to the University of Aberdeen.

The milestone was recognised at the University’s Long Service Awards, which were held recently in the Linklater Rooms at the Old Aberdeen campus.

Professor Kemp received a Quaich from University Principal Professor Sir Ian Diamond in recognition of his long association with the University, which began when he started work as a lecturer in political economy in 1966.

His work for governments and international bodies reflect his standing as a leading energy economist, and his many achievements over his long career pay tribute to his talent. " Mark Whittington, Head of the University of Aberdeen Business School

Mark Whittington, Head of the University of Aberdeen Business School, paid testament to his achievements at the long service awards ceremony.

He said: “I was humbled and honoured to be asked to commend Alex Kemp for his 50 years of service to the University.

"As someone who has charted the development of the North Sea energy industry from the very beginning, his insightful analysis is internationally renowned.

“His work for governments and international bodies reflect his standing as a leading energy economist, and his many achievements over his long career pay tribute to his talent.

“Professor Kemp is held in high regard by senior figures in the energy industry and politicians as well as by his colleagues, and we are all delighted that he has been honoured for his long service and outstanding contribution to the University of Aberdeen.”