Aberdeen named one of the top ancient universities
11 February 2016 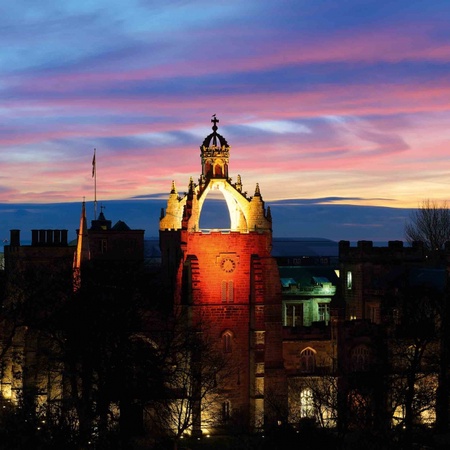 The University of Aberdeen has been included in a list of the top 25 ancient institutions over 400 years old.

The Times Higher Education 25 Over 400 rankings list the best ancient institutions over 400 to mark the 400th anniversary of William Shakespeare’s death, with Aberdeen taking the 23rd spot.

The list was compiled using the data collected for the Times Higher Education World University Rankings 2015-16, but filtered to include only those institutions that are more than 400 years old. The 25 institutions with the highest scores were included in the table.

The UK was the most-represented nation in the table, along with Germany; both countries have six universities each.

Overall, 11 countries feature in the table, with just one university outside of Europe making the list, Sungkyunkwan University (SKKU) in South Korea, in 19th place.

I am delighted that the University of Aberdeen has been included in the Times Higher top 25 ancient institutions over 400 years old." Professor Sir Ian Diamond

“We are extremely proud of our ancient heritage, and it is very fitting that these rankings come just days after our annual Founders’ Day celebration where we pay tribute to our historic origins and give thanks to our founders and all our benefactors.”

Duncan Ross, data and analytics director at THE, said: “The list shows the origin of our modern university systems as they move away from the religious training institutions they were, into something that was starting to become more recognisable.

"Despite all the evidence that points to Shakespeare being from the English Midlands, the conspiracy theories around who he might have been refuse to die away. So we thought it would be fun to look at the universities that a more educated Shakespeare might have attended.

"Admittedly our data is the modern data from those institutions (accurate data from the 17th century is methodologically challenging), and reflects only the institutions in our current top 800 [of the THE World University Rankings 2015-16].

"Could Shakespeare really have been educated in Korea? Is Macbeth really a dramatisation of the founding of the Joseon dynasty? Or is it about Scotland after all?"