What can The Archers tell us about changing accents?
10 February 2016 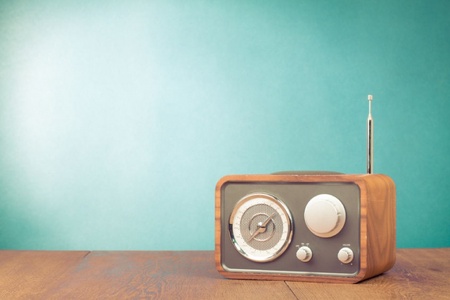 Changes in accent have been noted in the Royal family in recent years and now research has shown that even a fictional British institution is not immune to the phenomenon.

University of Aberdeen linguist, Dr William Barras, has studied BBC Radio 4 soap The Archers, which he says provides a unique insight into language transition thanks to its longevity and unchanged format.

Dr Barras will present his findings at an academic conference devoted to unlocking the deeper truths within the rural soap.

He says that while activities in Ambridge may appear a trivial subject matter, it is a significant resource for those interested in identifying the way in which accents change over the years and that understanding this process has implications for improving voice-recognition software in devices such as sat navs.

Dr Barras said: “Recent sociolinguistic studies have looked at the idea that an individual’s own accent can change over their lifetime.

“The general assumption has long been that once we pass our teenage years, our accents are fixed although there are age-related changes in our voices such as a general lowering in pitch.

“But is this really the case? Or are people’s accents affected by general changes in society, even if they remain in the same community their whole lives?”

To address this question, Dr Barras says you need either ‘a lot of time on your hands’ or access to a library of high-quality recordings of someone speaking, made over a period of years or even decades. And this, he says, is where The Archers provides an invaluable resource.

“Previous studies have examined the Queen’s Christmas speeches and identified clear changes in her accent over a period of 50 years, often seen to reflect a decline in ‘received pronunciation’ or British standard speech.

“Interestingly, we see a similar pattern in The Archers when looking at the character Shula, played since 1971 by the actor Judy Bennett.

If accent change can be seen in Great British Institutions like the monarchy and The Archers, then it indicates that language is always changing, and there cannot be one single correct way to pronounce English." Dr William Barras

“Obviously this is someone playing a role but being able to compare the recordings offers an interesting insight, especially as some of the changes are very subtle and speakers are not necessarily aware of them.”

Dr Barras looked at episodes of The Archers from 1975 and 2015 and normalised the two sets of recordings to make them comparable by stripping away the voices of other characters and eliminating other changes associated with age.

“What we see is a distinct change in certain vowel sounds,” he added. “Many remained unchanged but when we look at the short A vowels in words like ‘Pat’ or ‘Dan’, in 1975 Judy Bennett was using a vowel close to an ‘E’ sound, similar to how the present day character might say ‘pet’ or ‘den’. Dialectologists refer to this change as a lowering of the ‘trap’ vowel.

“The ‘E’ sound is associated with traditional ‘received pronunciation’ in which the word ‘happy’ might sound like ‘heppy’, but it seems even fictional characters in a fictional location are now moving away from this type of standard English.

“Any change is sometimes seen as a decline in standards, but language has always changed, and this is perhaps more evidence that people do, in fact, move with the times and alter their way of speaking as they get older, reflecting wider movements in society. Such changes are not restricted to younger generations of speakers.

“If accent change can be seen in Great British Institutions like the monarchy and The Archers, then it indicates that language is always changing, and there cannot be one single correct way to pronounce English.”

Dr Barras says that this emerging understanding of the evolution of language can help explain the problems certain people experience when using some speech recognition technologies. To work well, this software must ‘understand’ a variety of accents. “What we are now learning is that accents don’t just vary by region, they change remarkably quickly, even during one person’s lifetime,” he added.

“Accents are a moving target, one that some of these technologies might struggle to keep in their sights.

“The aim of linguists is to understand why language changes. Gaining a better knowledge of this has all sorts of practical applications from language education to the development of more effective speech recognition technology: we all know how frustrating it can be when they cannot understand us!”

Dr Barras will present his paper Rural Voices at the conference The Archers in fact and fiction: Academic analyses of life in rural Borsetshire in London on February 17. Other topics up for discussion at the event, hosted at the University of Liverpool's London campus, include “a sociological analysis of class dynamics in rural Britain through the lives of Archers’ characters”, the drama’s representation of “elderly care provision in the rural setting” and “rural and village economics, from the village store to agribusiness.”