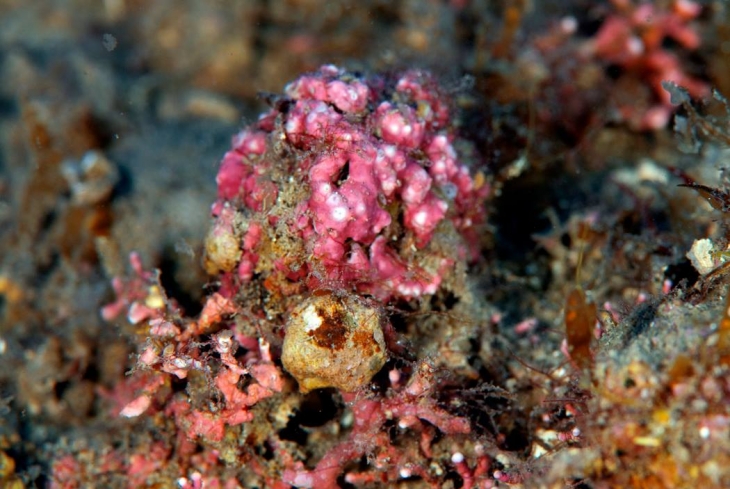 Scientists from the University of Aberdeen's Oceanlab recently explored the relatively unknown seabed communities off the Island of Rhodes and discovered the presence of potentially harmful alien species.

Alongside three professional divers from the NERC National Facility for Scientific Diving, hosted by the Scottish Association for Marine Science (SAMS), a team took to the Eastern Med and delved to depths of up to 55 metres, which are challenging levels to reach because of physiological limitations including the requirement for decompression stops.

The biodiversity and ecology of such communities in the Eastern Mediterranean has rarely been explored and, besides exploring their native animal and algal inhabitants, the surveys revealed the presence of a number of alien invasive species, including fireworms, the red seaweed Womersleyella and three Caulerpa species (several of which are considered among the worst invaders of the Mediterranean).

While these invaders were previously known to impact shallow-water communities in the Eastern Mediterranean, the surveys conducted by the team suggest that their impacts are also likely profound in the low-light and colder-water, deeper communities. This could have a huge impact on the seabed community as they can displace native species, which could potentially lead to major changes in ecosystem functioning and loss of local biodiversity.

I am delighted that not only have we accessed these communities but we have also generated substantial findings from our expedition which will allow us to not only understand what lives there, but also how they function and to what extent they might be threatened by human activities." Professor Frithjof Kuepper

Professor Kuepper said: “Observing these communities is a quite a challenge, because the depth of the water limits your working time and can make clear thinking difficult.

“I am delighted that not only have we accessed these communities but we have also generated substantial findings from our expedition which will allow us to not only understand what lives there, but also how they function and to what extent they might be threatened by human activities.”

Dr Martin Sayer said: “It was rewarding to make use of the knowledge and experience of our team to provide a platform for the scientific exploration of parts of the sea that are poorly understood.”

The Scottish Association for Marine Science (SAMS), based at Dunstaffnage, near Oban, is Scotland’s largest and oldest independent marine science organisation, dedicated to delivering marine science for a healthy and sustainable marine environment through research, education and engagement with society. It is a charitable organisation (009206).