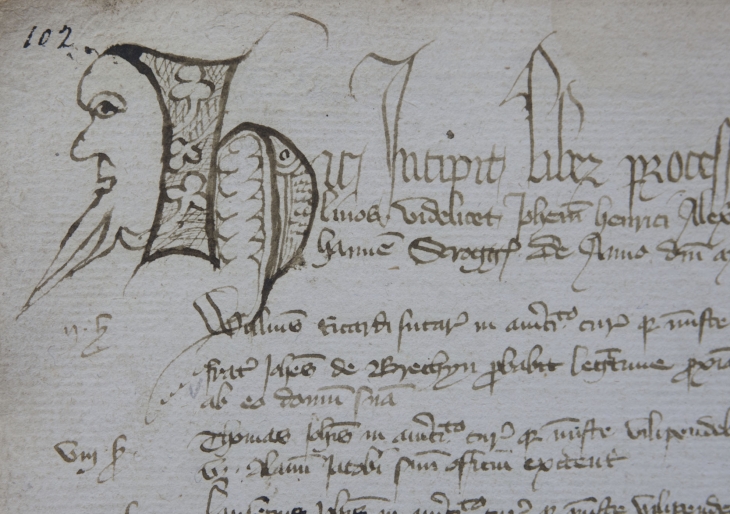 Aberdeen was a European economic hub centuries before the discovery of oil but frequently upset its continental neighbours by turning a blind eye to piracy, a study of Scotland's oldest civic records has revealed.

Academics at the University of Aberdeen have been investigating the city’s burgh records, which date back to 1317 and are recognised by UNESCO for their historical importance.

Historians have delved into court rolls and council registers and say the emerging picture is one of a town with significant European influence, despite its small size with just a few thousand inhabitants.

But, they say, this role as a trading partner was often marred by disputes centred around Aberdeen’s perceived leniency towards piracy, which extended up the social scale and even included its fifteenth-century Provost.

Dr Jackson Armstrong and Dr Andrew Mackillop from the University of Aberdeen led the study, funded by the Research Institute of Irish and Scottish Studies.

Dr Armstrong said: “The Aberdeen Burgh Records* are the earliest and most complete body of surviving records of any Scottish town. They contain court documents from as early as 1317, during the reign of King Robert the Bruce, and are then a complete record from 1398 to the present day with the exception of one missing volume.

“They are a unique asset providing a great insight into medieval life in Scotland and particularly in Aberdeen. They show that the city ‘outperformed’ on the European stage in terms of its size and that it was recognised by Bruges – one of northern Europe’s foremost medieval cities – not only as a significant trading hub but as one of the ‘great towns’ of Scotland.

“From the records we can see that in August 1465 alone six ships from Flanders and the Netherlands arrived at Aberdeen. They carried a variety of goods, including cloth and salt. There is also evidence of high status goods including walnuts, raisins, figs, and pepper arriving in Aberdeen from the Continent which demonstrate the extent of trading in this period.

The records also show that relations were not always good and were often marred by disputes around piracy, with Aberdeen perceived as 'turning a blind eye'." Dr Jackson Armstrong

“However, the records also show that relations were not always good and were often marred by disputes around piracy, with Aberdeen perceived as ‘turning a blind eye’.”

Many examples of a lenient approach to piracy can be found in the records, says Dr Edda Frankot, the project’s research fellow, and author of the book ‘Of Laws of Ships and Shipmen’: Medieval Maritime Law and its Practice in Urban Northern Europe (2012). She suggests the issue may have been greater in Aberdeen because shipwrecks occurred frequently due to the difficulties in navigating around a sandbank close to the entrance of the harbour.

“The archives reveal that in 1445 a merchant of Lübeck appealed to Aberdeen’s provost on behalf of the German merchants at Bruges in Flanders. A ship which sailed from Bruges with his cargo had been captured by pirates. It was rumoured its cargo had then been sold in Aberdeen,” she added.

“In October 1530 a ship called the Jhesus of Danzig (modern Gdansk) was wrecked in bad weather at the ‘haly mannis coif besyd abirdeinn’ – or modern Cove. The records reveal that King James V became directly involved when accusations were made that the ship’s cargo had been plundered.”

Dr Andrew Simpson, a member of the project team and a lecturer in law at the University of Aberdeen, found that merchants of Danzig (Gdansk) based at the Hanseatic League’s headquarters in London brought legal claims in Aberdeen to recover cloth which was part of the Jhesus’s cargo.

The reputation for a tolerance of piracy even extended to the highest levels of society.

Dr Armstrong said: “A fifteenth-century provost of Aberdeen, Sir Robert Davidson, had a reputation for condoning piracy. In this he had the backing of the admiral of Scotland, Alexander Stewart, the earl of Mar. Provost Davidson was killed at the Battle of Harlaw in 1411 and was buried in St Nicholas Kirk. His tomb was marked with a detailed stone effigy which still survives in the church.”

*The royal burgh’s first eight register volumes, covering 1398–1511, were inscribed on the UNESCO UK Memory of the World Register in 2013.