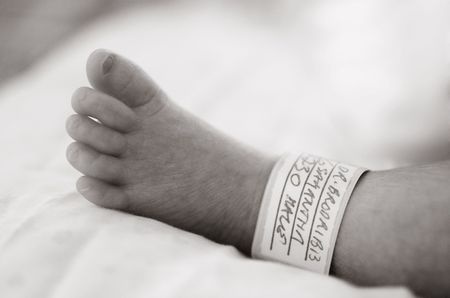 Children born via planned caesarean section are statistically more likely to receive hospital treatment for asthma compared to those born vaginally, according to a new study led by the University of Aberdeen and published in the American Medical Association journal JAMA.

But the study also claims there is no increased risk of obesity in children born via C-section, something that contradicts previous research.

A further finding, that those delivered by planned C-section are marginally more likely to die from any cause up to the age of 21 than those born vaginally, does not mean the procedure itself is the cause and must be explored further, according to Dr Mairead Black, a clinical lecturer who led the two year study, supported by the Wellcome Trust.

The World Health Organisation formerly recommended that no more than 15 percent of deliveries should be C-sections. However rates in some countries have soared – China and Brazil have rates in excess of 50%, whilst in the UK the figure is 26% with almost half of these being planned in advance.

The study analysed data from over 300,000 births between 1993 and 2007 across Scotland, using routinely collected data from seven linked databases

Another important finding of the study was that there appeared to be no link between C-section and an increased chance of being obese by the age of 5. Previous studies have suggested C-section could contribute to obesity in children.

This is a particularly robust piece of research that took several important factors into account, so we are confident in saying the delivery could be playing a role in the development of asthma." Dr Mairead Black

“The main purpose of this study was to explore whether health outcomes in children up to very early adulthood differ according to how they are delivered and whether avoiding labour entirely, i.e. via a planned C-section, could put children at a disadvantage compared to those delivered vaginally or by emergency C-section, where most will have been exposed to labour.

“The current thinking is, if a baby is exposed to labour, then it is also exposed to ‘good bacteria’ that mothers pass on during the birth, and they are also exposed to a degree of natural stress at the time of birth that might make them more resistant to developing future illnesses.”

Dr Black added: “This is an observational study, so we cannot definitively say that the planned C-section is the cause of the small increase in risk of asthma. However, this is a particularly robust piece of research that took several important factors into account, so we are confident in saying the delivery could be playing a role in the development of asthma.

“With regards to the risk of obesity in children aged 5 years old, after adjusting for a number of important factors including the mother’s BMI, level of deprivation and whether or not they breastfed, we found that C-section itself doesn’t appear to increase the risk. No previous study has been able to account for as many key factors as this one with regards to risk of obesity in children.

The study also notes a very slight increase in the mortality rate up to the age of 21 years of those born via planned C-section, compared to those born vaginally (4 per 1000 compared to 3.2 per 1000) but Dr Black urges caution when interpreting these figures.

She added: “With regard to the risk of death, we are not suggesting at this stage that if your child is born via a planned C-section then the C-section itself will result in a higher chance of death than if they were born vaginally. There are many issues, i.e. why the C-section was performed in the first place that may explain the association.

“However it does give us cause to investigate this apparent link in closer detail. It is only by exploring the obesity link in a similar way that we have been able to move closer to ruling it out as a risk of C-section birth, and so it is important to look at mortality risk in greater detail.”