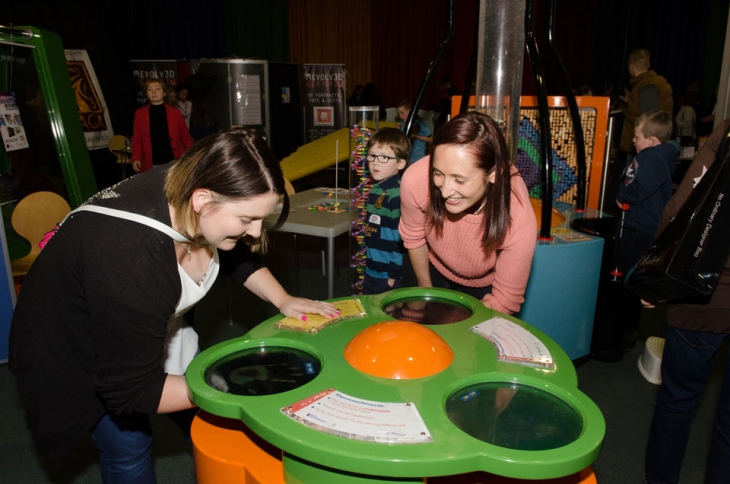 Aberdeen will become a hive of discovery, debate and entertainment for one day only this coming Friday (September 25) for Explorathon 2015.

Over 6,000 people are expected to engage with around 350 researchers across Scotland as part of European Researchers’ Night’s Explorathon featuring events in Aberdeen, Glasgow, Edinburgh, Dundee and St Andrews.

Led by the University of Aberdeen and supported by the European Commission, Explorathon will showcase the cutting-edge research being conducted in the nation’s universities using a range of exciting and interactive formats for people of all ages and interests. Explorathon is the University’s largest single event within the city’s annual TechFest festival, which runs until 2nd October.

In Aberdeen over 50 experts from archaeology to zoology will be on hand, hosting talks, shows, comedy and hands-on fun. Most events are free but some do require booking in advance. Events can be booked at www.explorathon.co.uk/aberdeen.

To kick-off the Explorathon festivities, science buskers will be entertaining shoppers in Union Square all day from 10am.  Anyone can drop by to try their hand at real live science, get involved in performance art and chat to researchers working at the forefront of discovery in European Corner.

Historian Dr Alistair MacDonald of the University of Aberdeen will explore the emotive history of Anglo-Scottish relations in his talk held at the Maritime Museum from 12.30pm – 1.30pm.  The talk is free but booking is required.

Satrosphere Science Centre will host a range of events throughout the evening where the whole family can enjoy hands-on activities, competitions, exciting shows and stand-up science from 6pm – 10pm.   Between 6pm and 7pm, University of Aberdeen Archaeologist, Dr Gordon Noble will outline some of the fascinating archaeological discoveries that have been made over the last three years.  Later in the evening, a live panel discussion will debate what research is and what is really worthy of investigation in No Boundaries: What is Research?

Together with our other university partners, we're offering a varied and exciting programme for this year's event" Dr Kenneth Skeldon, Head of Public Engagement, University of Aberdeen

Other events taking place as part of the Aberdeen programme include a Café Scientifique special, a round-up of the research at Cromarty lighthouse, stand-up comedy at Bright Club and the return of the popular Pechakucha night at the Belmont Filmhouse.

The evening will close with an Explorathon Ceilidh at Café Drummond from 10pm till late where The Accidental Ceilidh Band will keep revellers dancing all night.  During the night, Aberdeen will link up with other Explorathon cities to see who can burn the most calories and be crowned the most energetic city in Scotland!

Dr Kenneth Skeldon, Head of Public Engagement added “European Researchers’ Night is the world’s largest public engagement with research event. We’re delighted that Aberdeen is taking the leading role in coordinating the event across Scotland. Together with our other university partners, we’re offering a varied and exciting programme for this year’s event”

For more information and to book for events taking place as part of Explorathon in Aberdeen visit www.explorathon.co.uk/aberdeen or follow the event @ERNSCOT, #EXPLORATHON15 on twitter and www.facebook.com/ERNSCOT.

Explorathon in Aberdeen is coordinated by the Public Engagement with Research and Festival and Events teams at the University of Aberdeen working with partners.  Partners include the University of Edinburgh, Glasgow and Strathclyde.

TechFest , running from Friday 11 September to Friday 2 October, is Aberdeen and the North East of Scotland’s annual festival of Science, Technology, Engineering and Mathematics (STEM).  The University of Aberdeen remains one of the festival’s major supporters and contributors and will host as well as provide many of the main events of the year.