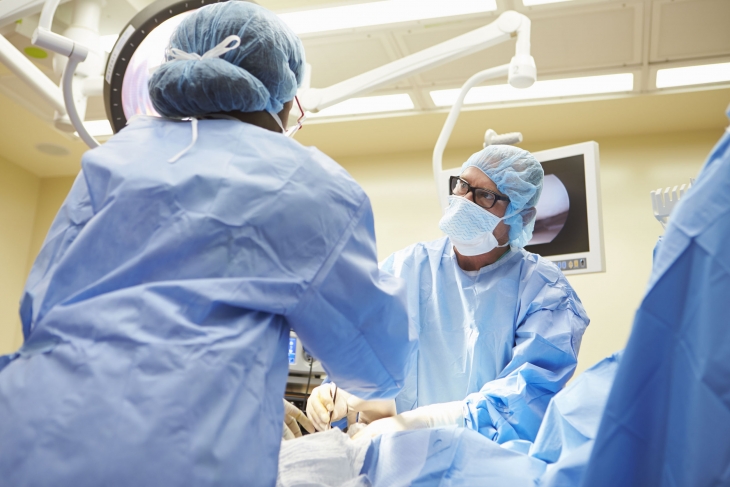 A new book which aims to reinforce the importance of decision making, situation awareness and communication in the operating theatre has the power to potentially save lives according to its authors.

It is estimated that up to 12% of hospital patients experience an ‘adverse event’ and about half of these are related to surgery.  Adverse events could be wrong site surgery, retained swabs or instruments, mistakes with drugs, avoidable infection, and sometimes even death.

Many of these incidents occur as a result of non-technical aspects of clinicians’ performance such as cognitive errors and a lack of teamwork.

Researchers at the University of Aberdeen have identified the non-technical skills of operating theatre staff, and developed behavioural rating systems for their evaluation.  The resulting skills frameworks for anaesthetists (ANTS), surgeons (NOTSS) and scrub practitioners (SPLINTS) have been adopted and implemented by these professional groups, across the UK and elsewhere in the world and now are available, for the first time, as a handbook for surgeons.

Professor Rhona Flin, Emeritus Professor of Psychology at the University, who co-edited the book, Enhancing Surgical Performance: A Primer in Non-Technical Skills, said: “Recent concern in the UK and the USA about unacceptable rates of surgical ’never events’ demonstrates that the operating theatre remains a particularly susceptible domain for failures in clinicians’ non-technical skills, such as situation awareness, decision making, leadership and teamwork, and these can lead to patients being damaged in some way.

“Some clinicians are keen to bring research techniques into the operating theatre, which are used in other sectors such as the aviation and offshore industries, in order to study the behaviour of surgeons, nurses and anaesthetists.

“This book focuses on surgeons and explains why their non-technical skills are vital for safe and effective performance in the operating theatre. The book provides a full account, with supporting empirical evidence, of the framework that we have developed which helps identify the key elements of behaviour involved in successful operative surgery.”

The book provides a full account, with supporting empirical evidence, of the framework that we have developed which helps identify the key elements of behaviour involved in successful operative surgery" Professor Rhona Flin, Emeritus Professor of Psychology

The editors spent the last 12 years as part of the team developing and testing the system and delivering presentations and workshops across the world. The research behind the system involved close collaboration with consultant anaesthetists, surgeons and scrub nurses from hospitals across Glasgow, Aberdeen, Dundee, Inverness and Edinburgh.

Professor George Youngson CBE, former Consultant Paediatric Surgeon at the Royal Aberdeen Children’s Hospital and Emeritus Professor of Paediatric Surgery at the University of Aberdeen added:  “Readers will benefit by having, in one accessible handbook, a description of the NOTSS system and how it can be used for training, assessment, self-reflection and event analysis.

“The book also examines human error, performance limitations, and global safety initiatives in surgery. Because it encourages surgeons to reflect on their own performance and behaviour, it is suitable for surgeons in all specialties and at all levels.”

The book was also co-authored by Dr Steve Yule, previously a lecturer at the University of Aberdeen and now Associate Professor of Surgical Simulation at the Brigham and Women's Hospital at Harvard Medical School.