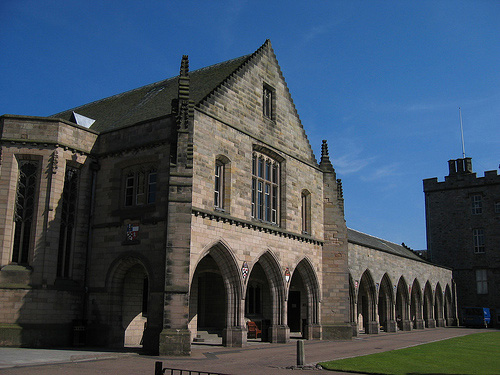 Prospective students and their families will descend on the University of Aberdeen today and tomorrow (September 14 and 15) for an annual event providing information on all aspects of higher education.

The University of Aberdeen is hosting a higher education convention - in association with UCAS and Skills Development Scotland - to arm potential students with key facts on topics from applying to study, career prospects and financial help available.

The free event will also give visitors the chance to compare and contrast courses in one place at one time.

Local colleges and all of the universities in Scotland will be represented, along with some from England, including Oxford and Imperial College London.

Exhibitors to have information stands at the event include the Army; RAF; Royal Navy & Royal Marines, Skills Development Scotland and UCAS.

SDS’s Careers Adviser, Irene McIntosh said: “The Convention is a great way for young people and their parents to find out the facts about courses, colleges and universities by giving them access to all of the experts at one time and in one place.”

The Convention is a great way for young people and their parents to find out the facts about courses, colleges and universities..." Irene McIntosh, SDS Careers Adviser

Fiona Macmillan, Senior Student Recruitment Assistant at the University of Aberdeen, is one of the convention organisers. She said: “Every secondary school in Aberdeen and Aberdeenshire has been invited to attend the convention which is a fantastic opportunity to find out more about further and higher education.

The Aberdeen Higher Education Convention takes place at Elphinstone Hall on the University’s King’s College campus on Monday between 4.30pm and 7pm and then again on Tuesday between 9am and 12pm, then again between 1pm and 3pm.

For information about how to get the best from going along to the Convention visit http://www.myworldofwork.co.uk/heconventions