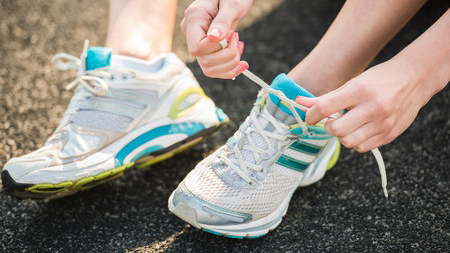 Scientists hope to use brain imaging to determine for the first time whether the effects of exercise on mildly depressed people can be observed on a neurological level.

Although the effect of exercise on depression has been investigated extensively, neuroimaging has never been used to measure any physical effects inside the brain.

A team of researchers at the University of Aberdeen are looking for volunteers who consider themselves to be ‘mildly depressed’ to be considered for the study.

It’s hoped the study will help researchers better understand depression and ultimately aid people who suffer from the condition.

Joel Parkinson, one of the researchers from the University of Aberdeen, says: “Exercise in depression is commonly mentioned as being beneficial by GP’s, and recommended to patients. This however, is based on anecdotal evidence, where the typical measures have been self-report questionnaires.

“By introducing neurological measures such as brain imaging, we will be using more objective methods to measure effects of exercise in depression. This enables us to do a much more rigorous, quantitative analysis, providing more than just anecdotal support.

“The results could therefore provide strong evidence for whether or not exercise can benefit depression, useful for informing the treatment of the condition.”

Selected volunteers would undergo an MRI scan of the brain prior to taking part in an eight-week exercise programme at Aberdeen Sports Village. Participants will be required to go through two sessions of exercise per week from three options; all occurring before or after typical working hours (9-5), or over the weekend. Exercise will begin at a moderate level of intensity; gradually increasing each week until more vigorous intensities are achieved.

This study will enable us to do a much more rigorous, quantitative analysis, providing more than just anecdotal support." Joel Parkinson

At the end of the programme, a second MRI scan would be carried out with researchers looking for any evidence of structural and functional neurological changes.

Joel adds: “We are not looking for people who have a clinical diagnosis of depression and who will be receiving treatment – rather we are looking to work with people who may feel low, or suspect they have mild depression.

“Obviously the wellbeing of any volunteers is of paramount importance. Anyone who comes forward will be assessed using accredited depression ratings scales to assess the severity of their depression. This would not be conclusive of clinical depression, so those who display symptoms of moderate-severe depression will be referred to their GPs. The rest will be eligible for the study.

Interested participants should apply by emailing Joel Parkinson at j.parkinson@abdn.ac.uk, or 01224 438368.