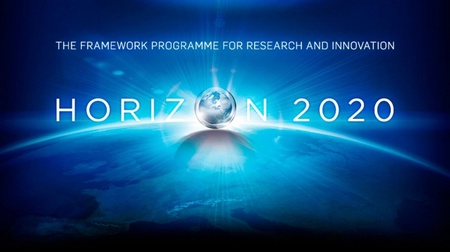 A team of researchers and public engagement experts have been awarded four million euros by the European Commission to inform strategy for responsible research and innovation.

The University of Aberdeen’s Public Engagement with Research Unit and a team of 23 further academic and civic partners from Europe, Asia and Africa has been awarded the grant, called NUCLEUS, from the Horizon 2020 programme.

NUCLEUS, which stands for New Understanding of Communication, Learning and Engagement in Universities and Scientific Institutions, will explore the links between universities and other sectors including business, the media, the public sector and wider society. Field studies in different countries will help produce best practice approaches to RRI while pilot projects embedded in universities will apply results.

The Horizon 2020 programme is an important source of research funding. Grant reviewers are encouraged to look for evidence of communications and engagement plans. The Responsible Research and Innovation pillars are there to help applicants develop plans best suited to their needs. NUCLEUS will place Aberdeen at the heart of developments in this important arena. " Professor Anne Glover

The University of Aberdeen leads a major coordination work plan in the project, ultimately aimed at informing how researchers embed RRI plans in their own research proposals and journeys.

Dr Kenneth Skeldon, University of Aberdeen Head of Public Engagement, said: “The European Responsible Research and Innovation agenda is fast becoming the equivalent of the UK’s impact agenda. Those universities supporting their academic staff to embrace and respond to it early on will be far better equipped to compete in the increasingly competitive research funding landscape.”

The NUCLEUS project is far reaching, led by Rhine-Waal University of Applied Sciences in Germany and bringing in research institutes and public outreach organisations beyond Europe including China and South Africa. The outputs from the project will also be disseminated at major European public events and festivals. The project is also expected to contribute to the debate on science policy both on national and European levels, including the future design of Horizon 2020 and the European Research Area.

Professor Anne Glover, University of Aberdeen Vice Principal for External Affairs and Dean for Europe, added: “The Horizon 2020 programme is an important source of research funding. Grant reviewers are encouraged to look for evidence of communications and engagement plans. The Responsible Research and Innovation pillars are there to help applicants develop plans best suited to their needs. NUCLEUS will place Aberdeen at the heart of developments in this important arena.”

Last year, the Public Engagement with Research Unit secured Scotland’s first Horizon 2020 grant for EXPLORATHON - European Researchers’ Night Scotland. The project led by Aberdeen and delivered by partner universities across Scotland brought 10,000 people together with 330 researchers at 50 different events.  This year’s EXPLORATHON night will be on Friday September 25 and celebrates the tenth anniversary of the European Researchers’ Night. Staff and students interested in taking part are encouraged to contact the public engagement team at peru@abdn.ac.uk.

Further information can be found from September onwards under www.nucleus-project.eu

The project coordinator, Rhine-Waal University of Applied Sciences, is one of Europe’s youngest universities and has been explicitly designed to be interdisciplinary and international. It runs Europe’s only full-fledged Bachelor’s degree in science communication.

This project has received funding from the European Union’s Horizon 2020 research and innovation programme under grant agreement No 664932.