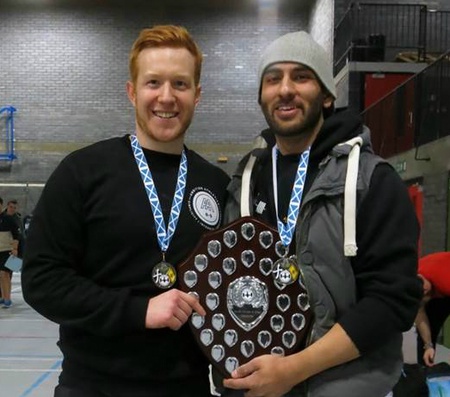 The University of Aberdeen's student weightlifting club outmuscled their rivals to claim top prize in a inter-university powerlifting competition.

The competition, which was hosted by Scottish Powerlifting at Dundee's Ardler Complex, saw a group of 12 students from the University take on rival teams from across Scotland.

The team took eight medals in total, helping them claim the top prize at the competition, beating runners-up Glasgow.  The next big challenge for the team will be the British Classic Championships, to be held in Bournemouth in November.

To be crowned as the best Scottish University in powerlifting is a fantastic achievement, not least because it's the most coveted trophy in University strength sports" Davinder Kalsi, President of the Aberdeen University Weightlifting Club

Davinder Kalsi, who along with Alice Hogg is a President of the Aberdeen University Weightlifting Club, said: “To be crowned as the best Scottish University in powerlifting is a fantastic achievement, not least because it’s the most coveted trophy in University strength sports.  Along with Alice I’d like to thank all those involved in making the event such a great success for the University.

“We are all really looking forward to building on our strong performance when we compete in the British Championships later this year, and we will be working extremely hard to make sure that we can retain the Scottish Universities title next year."

Anyone wishing to get involved in this growing sport can email AUweightlifting@gmail.com, or get in touch through Facebook https://www.facebook.com/AUWeightlifting, or via Instagram @AUweightlifting