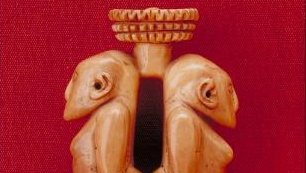 The University of Aberdeen's Museums have been awarded a Recognition Fund grant from Museums Galleries Scotland to improve the curation of the Pacific ethnography collections.

The University successfully bid for a share of the funding from the national development body for Scotland’s museums and galleries and are one of twenty to receive a share of the £640K pot.

The University Museum’s award, of almost £40,000, will enable greater focus on collections involving the study of peoples and cultures from the Pacific Ocean.

Neil Curtis, Head of Museums at the University said the total given to Aberdeen reflected the importance of its collections as well as a particular strength in this area with more than 4,000 ethnographic objects from Australia, New Guinea and the Pacific Islands, including photograph albums and other images.

A recent exhibition in King’s Museum titled ‘Fiji, Scotland and the making of Empire’ attracted thousands of visitors and many of the objects that were on display in Aberdeen will star in exhibitions in Bonn and Geneva over the coming year.

Demand to view the resources has surged but current storage means they are difficult to access.

The grant will enable digitisation of many of the records and improved storage, documentations and care of the collections.

This is an important collection of materials relating to the study of peoples and cultures from the Pacific Ocean. This award will lead to further improvements in its storage, documentation and access in a way which is culturally sensitive" Neil Curtis

The University has been involved in a number of other important projects to promote Pacific ethnography collections. As part of the Pacific Collections Review funded by the Esmée Fairbairn Collections Fund where, in a partnership with National Museums Scotland, Glasgow Museums, Perth & Kinross Museums, the most important Pacific Ocean ethnographic collections in Scotland were surveyed, and documentation and guidance improved.

Neil Curtis, Head of Museums at the University of Aberdeen, said the grant would enable further improvement and collaboration to make these important Pacific collections more widely available.

“The Recognition Scheme, managed by Museums Galleries Scotland on behalf of the Scottish Government, was set up to ensure Scotland’s most important collections are identified, cared for, protected and promoted to wider audiences.

“The University of Aberdeen is one of only five non-specialist museums to have had its collections Recognised in their entirety.

“This is an important collection of materials relating to the study of peoples and cultures from the Pacific Ocean. This award will lead to further improvements in its storage, documentation and access in a way which is culturally sensitive.”

Previous Recognition Fund grant grants have resulted in similar improvements in collections relating to Zoology, Scientific Instrument and Herbarium collections, and the displays of King’s Museum and the Zoology Museum. All have increased access for academics, students and the public to the University’s internationally important museum collections.