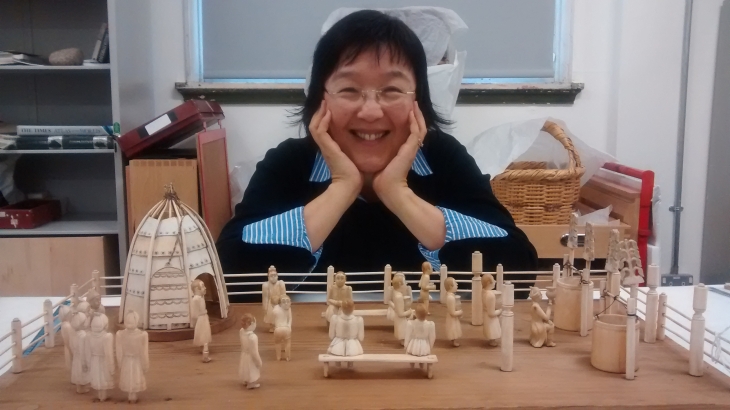 Researchers from the University of Aberdeen are collaborating with the British Museum on the loan of a work of art back to its place of origin in north-east Siberia for a temporary exhibition, for the first time since it left almost 150 years ago.

This is the first time a museum in Western Europe has loaned an artefact back to an indigenous Siberian community." Dr Alison Brown

Dr. Alison Brown, Senior Lecturer in Anthropology, and the project’s leader, said: “Indigenous people in many parts of the world have said that reconnecting with historic artefacts helps them to revive cultural traditions threatened during colonisation. This is the first time a museum in Western Europe has loaned an artefact back to an indigenous Siberian community.”

The Arts and Humanities Research Council (AHRC) funds world-class, independent researchers in a wide range of subjects: ancient history, modern dance, archaeology, digital content, philosophy, English literature, design, the creative and performing arts, and much more. This financial year the AHRC will spend approximately £98m to fund research and postgraduate training in collaboration with a number of partners. The quality and range of research supported by this investment of public funds not only provides social and cultural benefits but also contributes to the economic success of the UK. For further information on the AHRC, please go to: www.ahrc.ac.uk