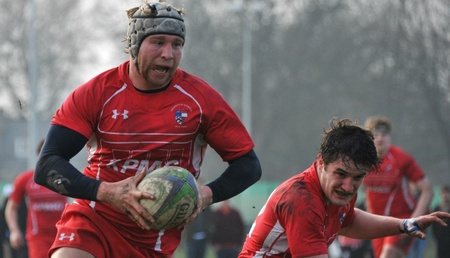 Aberdeen University Rugby Club has been selected to represent the UK at the Gallipoli Games, a festival of sport being hosted by the Turkish Government to commemorate the famous First World War battle.

Universities from Turkey, Australia, New Zealand, France, Germany and the UK will be competing in the Games, which takes place from April 25 – 29.

The AURFC was selected to represent the UK in the Rugby 7s Tournament, following an application made by the University to British Universities and Colleges Sport (BUCS) to participate in the games.

The rugby team’s selection follows their recent success in the BUCS Trophy, where they made it to the semi-final for the first time in their history, beating teams of the calibre of Edinburgh, Loughborough, Leeds and St Andrews Universities along the way.

It's a huge honour to be selected to represent not just our University but also our country in the Gallipoli Games. " Andrew Mustard, AURFC Captain

Andrew Mustard, AURFC Captain said: "It’s a huge honour to be selected to represent not just our University but also our country in the Gallipoli Games.  It will be pretty special for the boys to compete in a tournament that honours the sacrifices made by those who fought and died in the Great War.”

Marc McCorkell, Aberdeen University Student Association (AUSA) President for Sport, said: “We are delighted that our Rugby 7s team has been selected by BUCS to travel to Turkey for the inaugural Gallipoli Games.  This will provide our student athletes a unique opportunity to compete at an international event against teams from all over the world, and I’d like to thank all those from the University who were involved in bidding for the team’s inclusion in the tournament.”

Further information on the Gallipoli Games can be found here