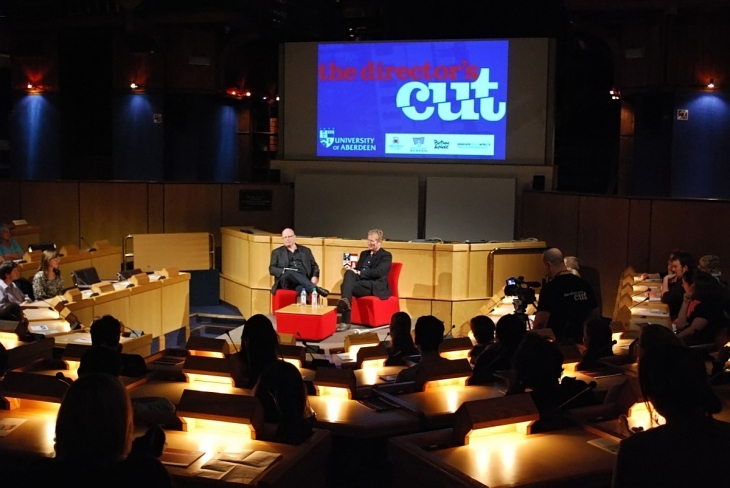 Ostojic, who lives and works in Berlin, has become well known as an artist who is ‘not afraid to go to any length’ for her craft.

Over her career this has seen her find a husband, take up boxing gloves, cross borders on foot through mountains and forests and put herself on display.

Dr Bryzgel said she would provide a fascinating insight into performance art, video art and film-making at the free Director’s Cut event. Now in its eighth series, it has attracted famous names including Sir David Attenborough, Guy Hamilton and Simon Callow, and Ostoijc, but Ostoijc is the first guest who is both a performance art and filmmaker.

“Tanja Ostojic is a leader in her field and someone who quite literally lives her art,” she said.

“She has used some extreme methods to get her message across and in 2001 she even married in a project called Looking for a Husband with an EU Passport to demonstrate the weaknesses and unsuitability of the immigration system.

“She brings to her art a fight not just for her country, but for the rights of all human beings who are marginalised because of their country of origin. This is seen her work with Roma and Sinti, Europe’s largest minority groups, to highlight the discrimination they face, including racism and deportation.

“Tanja’s work is an example of an artist making the full commitment of both her life and her body to her art. She combines art and activism so closely that the line between the two becomes almost completely blurred.

“She is sure to provide a fascinating insight into both her life and work and we look forward to welcoming her to Aberdeen.”

This Director's Cut event is funded in collaboration with the School of Divinity, History and Philosophy's Aberdeen Centre for Russian and East European History, and the George Washington Wilson Centre for Visual Culture at the University of Aberdeen.

It gets underway at 6pm at the King’s Conference Centre, King’s College, Old Aberdeen. Entry is free but booking is recommended at http://www.abdn.ac.uk/events/7161/