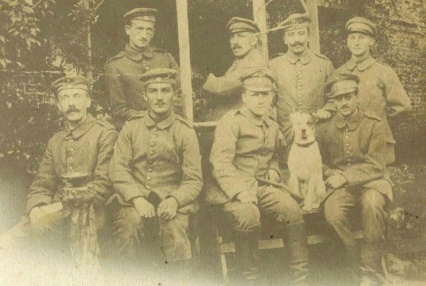 A leading historian and an award-winning screenwriter will join forces to discuss the challenges of dramatising history at a free public event in Aberdeen.

Professor Thomas Weber, author of the book Hitler’s First War and Niki Stein, who has written and will direct a forthcoming TV series about the Dictator’s life based in part on Weber’s work, will come together for the next Director’s Cut event at the University of Aberdeen.

They will discuss the challenges of making a dramatisation of the life of one of history’s most controversial characters at the free session on Monday October 13.

Professor Weber, a chair in history and international affairs at the University of Aberdeen, unearthed previously unseen material when researching his book which offered new insights into Hitler’s time in the trenches of the First World War and the opinions of those who served with him.

This was used to inform an eight-part German television series, written and to be directed by Stein, which examines the key formative moments, turning points, antagonists and ‘leaps in radicalisation’ made by Hitler, beginning in 1914 and ending with his death in 1945,

Stein has also produced highly acclaimed work on Erwin Rommel as well as several episodes of German signature crime drama series ‘Tatort’, and the pair will discuss the challenges of historical filmmaking from a broad perspective looking at classics such as Kubrick’s Paths of Glory (1957), and those war films and German TV series which have sought to portray the figure of Adolf Hitler, including Downfall (2004).

Dr Weber, who is currently on a sabbatical at Harvard University, said: “Even with all the previous attempts to shed light on the Third Reich, the war and the genocide, Hitler himself remains mysteriously vapid.

“Only by taking Hitler’s skills of self-invention seriously, his talents and weaknesses, his undoubted personal charm as well as the social bonds he forged in the course of his very special path of life – if we do all this, and do it without stripping him of the tremendous impact he had on so many Germans, only then can we hope to get to the bottom of the eerie interplay between Hitler and the Germans.

“Portraying this through a drama series while remaining true to history is extremely difficult and requires the skill of a director and scriptwriter like Niki Stein.

Portraying this through a drama series while remaining true to history is extremely difficult and requires the skill of a director and scriptwriter like Niki Stein." Professor Tom Weber

“Working as a historical advisor can be a difficult task but is made easier when working with a production company which understands the pitfalls and sensitivities and topic like this brings.

“We hope to offer an insight into this process for this series and other memorable films at the Director’s Cut event.”

Niki Stein said the TV series examines Hitler from a new perspective through the eyes of those who knew him at the time, including a Jewish Officer who recommended him for the Iron Cross and his Commanding Officer during his time in the trenches.

“A man without a compass returns from the war, embarks on a travel of self-discovery, decides first to take over Germany and then to remould Europe in his image,” he added.

“At the end, the world has to face Armageddon. This is the story told by our ‘Hitler’ TV series.”

Director’s Cut will be hosted by Professor Alan Marcus, a lecturer in film and visual culture at the University of Aberdeen, and is supported by the Principal’s Prize for Public Engagement.

Director’s Cut will be held in the King’s College Conference Centre from 6pm to 8.30pm on Monday October 13. It is free to attend but booking is required at http://www.abdn.ac.uk/events/5866/