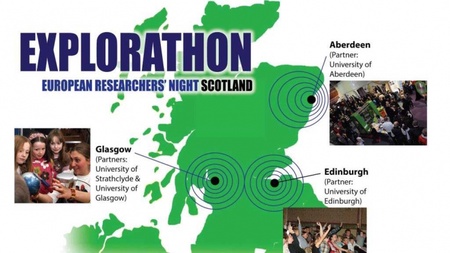 A leading forensic pathologist who played a key role in many of the North-east's most prolific criminal cases will retire from the University of Aberdeen in September.

Dr James Grieve, Senior Lecturer in Forensic Medicine at the institution, has dedicated the last 25 years to investigations into deaths including murders, suicides and accidents.

The Malcolm Webster, Orkney Curry House murder and Nat Fraser cases, as well as the Super Puma Crashes, are among the high profile cases Dr Grieve has provided expertise for in his career.

He has also given advice to various national and international enquiries, such as the UN Investigation of mass graves in former Yugoslavia, most recently as President of the British Association in Forensic Medicine.

The pair will debate where forensic fact meets fiction in their talk which takes place at Belmont Filmhouse and begins at 7pm.

Their discussion is part of Explorathon – an event showcasing the best innovation and research being pioneered by Scottish universities to school pupils and the public across Europe, on a single night.

Murder and Mystery: Forensics behind the Vera and Shetland series’ is also the closing event for the annual festival of Science, Technology, Engineering and Mathematics (STEM,) TechFest in September.

Dr Grieve said: “The line between forensic fact and what is depicted in the world of murder mystery entertainment can sometimes appear blurred. In our event Ann and I will discuss some common misconceptions.

“It will be my last public engagement as Senior Lecturer at the University before my retirement at the end of September.

“I look forward to giving what I hope will be interesting insights into forensic pathology, a field to which I have devoted most of my professional life.”

The University has secured European Commission funding to host Explorathon - Scotland’s European Researchers Night - for the next two years.

The line between forensic fact and what is depicted in the world of murder mystery entertainment can sometimes appear blurred. In our event Ann Glover and I will discuss some common misconceptions." Dr James Grieve

Over 6,000 people are expected to engage with around 200 researchers across Scotland on the evening of Friday September 26, to learn more about the cutting-edge research being conducted in the nation’s institutions.

Other events taking place in Aberdeen include an evening of scientific discovery at Satrosphere, the chance to take part in a host of live experiments at Union Square and the opportunity to learn about pioneering research through the medium of stand-up comedy at Café Drummonds.

The Universities of Edinburgh, Glasgow and Strathclyde, and institutions in 300 cities across Europe are also part of the initiative and will stage their own events simultaneously with those taking place in the Granite City.

Dr Ken Skeldon, Head of Public Engagement with Research added: “We’re delighted to be hosting events in Aberdeen as part of the Explorathon initiative.

“The night will aim to showcase the innovative research taking place in Aberdeen and highlight its importance and relevance to a general public audience, while stimulating young people to consider career paths that could lead to research and innovation-based careers.”

TechFest managing director, Sarah Chew, added: “Dr Grieve has led such a fascinating life and has been at the forefront of forensic medicine in Scotland for so many years, working on some of the country’s most high profile cases.

“Along with hugely popular author, Ann Cleeves, Dr Grieve will give a thought-provoking presentation which will bring to a close this year’s TechFest festival, and also mark the end of his 25 years in the industry.”

For more information and to book for events taking place as part of Explorathon visit www.explorathon.co.uk or follow the event @ERNSCOT on twitter and www.facebook.com/ERNSCOT.

To book tickets for TechFest in September 2014 visit www.boxofficeaberdeen.com or call Aberdeen Box Office on 01224 641122.

Dr Grieve will also be speaking at the monthly Medico-Chirurgical Society lecture on October 2.

He will appear alongside the new Senior Lecturer in Forensic Medicine Dr Matt Lyle at 'The march of the medical policeman - musings on mythology and murder through the millenium' event, which will be held at the Suttie Centre at 7pm, Tuesday October 2.

It is funded by the European Commission under the Marie Sklodowska-Curie actions programme.

TechFest-SetPoint is a registered charity based at and hosted by the University of Aberdeen.

Through a programme of Science, Technology, Engineering and Mathematics (STEM) activities – of which TechFest In September is the main event – the aim is to engage, challenge, inform and inspire young people and encourage them to choose a career which utilises these skills.