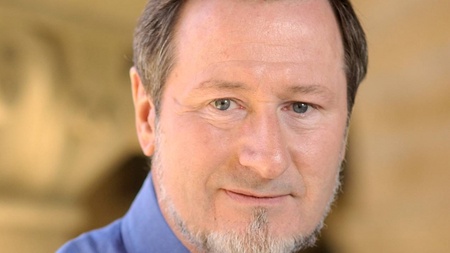 A Nobel prize-winning physicist will visit Aberdeen this autumn to inspire students, researchers and public from all walks of life with his story of determination, discovery and success.

Professor Douglas Osheroff, from Aberdeen in Washington, USA, will travel this coming week from Stanford University in California to Aberdeen, Scotland.

The visit is being hosted by the School of Engineering at the University of Aberdeen.

While in the Granite City, Professor Osheroff will deliver this autumn’s RV Jones Distinguished Lecture in the King’s College Conference Centre on Wednesday 1 October. This is the latest in this biannual public lecture series in honour of Professor RV Jones, one of the University of Aberdeen’s most distinguished professors, best known for his work co-ordinating scientific intelligence during the Second World War.

The title of this year’s lecture will be How Changes in Science are Made, and will include his Professor Osheroff's own story of how he won a Nobel Prize, and what fascinates him about science and nature.

Douglas Osheroff was awarded the Nobel Prize for Physics in 1996, with two colleagues, for the discovery of superfluidity in Helium-3. Superfluidity is a state of matter in which the substance behaves like a fluid with zero viscosity, and can self-propel and travel in a way that defies the forces of gravity and surface tension.

Douglas Osheroff was born and raised in the town of Aberdeen, Washington, then a lumber town in the Pacific Northwest of the United States. From an early age young Douglas was fascinated by high voltage electricity and gunpowder. He spent his college years at the California Institute of Technology and gained his PhD at Cornell University in 1972, which is where he and colleagues David Lee and Robert Richardson discovered superfluidity in liquid Helium-3. Osheroff then spent 15 years at AT&T Bell Laboratories before joining Stanford University in 1987, where he became an award-winning teacher and twice chair of the Stanford Department of Physics.

The RV Jones Distinguished Lecture Series provides invited lectures from distinguished speakers in areas of engineering related to research within the University’s School of Engineering. The lectures are intended to appeal to a diverse audience and typically draw upon a current research topic to present it in a style aimed at a wide audience from many walks of life.

Professor Reginald Victor Jones (always known as RV) was one of the University of Aberdeen’s most distinguished professors. He is best known for his work co-ordinating scientific intelligence during the Second World War, working with radio navigation, early applications of radar, and interpretation of intelligence on flying bombs, rockets, and insight into a wide range of other physical and engineering problems.

RV devoted much of his career to scientific instrument design and was so successful that he was able to reach the limits of what is physically achievable through careful attention to good design principles and painstaking attention to detail, such as isolation from extraneous disturbances, appropriate choice of material, and accurate construction. Like most pioneering technical developers, he did not follow the recipe books, but effectively wrote them himself. Throughout, he took a great interest in promoting public understanding of science, for twenty years he edited the Notes and Records of the Royal Society. He was renowned for his enthusiastic undergraduate lectures and lively scientific demonstrations.