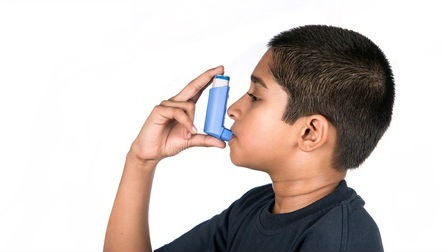 Parents of children attending primary schools across Aberdeen are being reminded to fill in questionnaires that will help University of Aberdeen researchers build a picture of asthma prevalence in the city.

Over 10,000 questionnaires have already gone out to the parents of all children at primary schools across the city – although researchers say some questionnaires may still be languishing in trays at school or in school bags and parents may be unaware.

Now researchers are hoping that as many as possible will be completed and returned before the schools break for the summer.

Dr Steve Turner, Senior Clinical Lecturer in Child Health at the University of Aberdeen and Honorary Consultant Paediatrician with NHS Grampian, explained the background to the study which began five decades ago: “Fifty years ago a near identical survey was sent out to Aberdeen City schools which aimed to examine educational outcomes in primary school children.

“Those days, asthma, eczema and hayfever were thought to be relevant to education and that’s why there were questions about these conditions in that first survey when it was conducted in May 1964.

The survey information is absolutely invaluable because as well as providing a picture of asthma in Aberdeen it is a reflection of the asthma picture across the UK and in some parts of Europe." Dr Steve Turner

“The Aberdeen School Asthma Study, as we call it, was repeated in the same schools in 1989 and then again every five years after that, giving us important information on how much childhood asthma is present and how this changes over the generations.”

Many parents and guardians have already filled in and returned their questionnaires, but researchers are hopeful of an even higher response.

“The survey information is absolutely invaluable because as well as providing a picture of asthma in Aberdeen it is a reflection of the asthma picture across the UK and in some parts of Europe.

“We really hope parents do take the five minutes it takes to complete this questionnaire.  We also know this this is a busy time for parents, leading up to the summer holidays. The questionnaire can be filled in on line at http://goo.gl/Q8qYAF  you just need to enter any five digit reference number greater than 20000. Alternatively, paper questionnaires and reply paid envelopes are in school offices.”