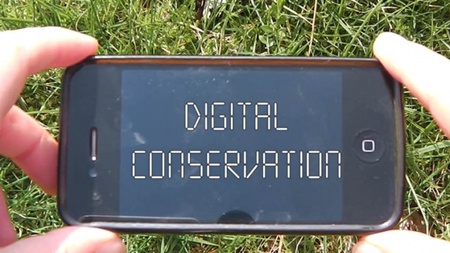 Digital technology's impact on nature conservation will be the focus of a conference hosted by the University of Aberdeen and attended by experts from around the world.

From tracking species’ migrations round the world to identifying insects in the back garden, digital tools are now widely used in nature conservation.

This development will be explored fully at the Digital Conservation Conference 2014.

“The conference will cover themes such as citizen science, digital public engagement, e-gaming and e-learning, database connectivity and access, novel monitoring tools, and online decision making support systems, said one of the organisers, Dr Koen Arts from dot.rural at the University of Aberdeen. “However, there are sure to be some surprises in store of innovative ways that digital tools can be used in nature conservation.”

This conference will begin to build a community of scientists and practitioners who are harnessing the huge potential that digital technology has to serve nature conservation now, and in the future." Dr Annie Robinson

The conference will take place in Old Aberdeen over the course of three days (May 21-23).

“The conference will be far from traditional," said co-organiser Dr Rene van der Wal from the University’s School of Biological Sciences. “The first two days will involve a series of interdisciplinary talks from ecologists, computer scientists, and engineers, to name but a few. We are anticipating some very exciting and eclectic discussions.

The third day of the conference will consist of a series of demonstrations of the digital tools being developed for nature conservation, and discussion that will bring researchers and practitioners together to set the future agenda for digital conservation.

Co-organiser Dr Annie Robinson added: “This conference will begin to build a community of scientists and practitioners who are harnessing the huge potential that digital technology has to serve nature conservation now, and in the future.”