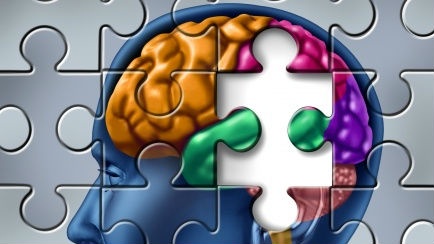 University of Aberdeen scientists are leading new research to understand the causes of Alzheimer's.

Experts from the institution’s Institute of Medical Sciences have been awarded £22,000 by Alzheimer’s Research UK, the UK’s leading dementia research charity to investigate whether problems with a crucial cell defence mechanism could be a cause of brain cell death in Alzheimer’s disease, the most common cause of dementia.

The two-year project, which will use brain samples from people who died with the disease, could identify new approaches for much-needed treatments.

Led by Professor Bettina Platt and Dr David Koss, the team will look in detail at how brain cells handle damaging debris that accumulates in brain cells before they die.

In many diseases that cause dementia, including Alzheimer’s disease, a cellular defence mechanism known as the unfolded protein response (UPR) may be compromised.

The UPR is a process by which brain cells can temporarily stop protein production to protect against damage from toxic ‘misfolded’ proteins, and remove these proteins to maintain brain health.

However, recent research has suggested that if this process continues long-term it could lead to damage.

Toxic protein accumulation occurs in a number of brain disorders, and research to understand this process could lead to new treatments that keep defence mechanisms working properly.

By building a more detailed picture of how the brain's cellular defence mechanisms behave in Alzheimer's, and what effects they have on other biological processes, we hope to reveal new clues about ways to stop the disease in its tracks. " Professor Bettina Platt

This theory has not yet been tested in Alzheimer’s.

With detailed analysis of brain samples from people who died with Alzheimer’s and people without the disease, the researchers will look for signs of UPR activation. They hope to understand whether the UPR could play a role in driving the disease, and their work could help to shed light on whether compounds designed to target the UPR might hold potential benefits.

Professor Platt, Chair in Translational Neuroscience at the University of Aberdeen, said: “Recent research into the unfolded protein response raised some important questions about its role in prion disease in mice, and we now need to understand whether this mechanism could be involved in Alzheimer’s disease in people.

“By building a more detailed picture of how the brain’s cellular defence mechanisms behave in Alzheimer’s, and what effects they have on other biological processes, we hope to reveal new clues about ways to stop the disease in its tracks.

“Our team is thrilled to have secured this funding for our work, which we hope will bring a genuinely new understanding of disease processes and take us closer to new treatments that are urgently needed.”

Dr Simon Ridley, Head of Research at Alzheimer’s Research UK, said: “We’re delighted to be supporting this new study, which will test out this newly-highlighted avenue for research in more detail and help inform our efforts to fight Alzheimer’s disease. Alzheimer’s is the most common cause of dementia and affects over 2,000 people in Aberdeen alone, yet we currently lack a treatment that can stop the disease in its tracks. We look forward to seeing the results of this important research in due course.”

Members of the public can learn more about the research at a free public event in Aberdeen on Wednesday 4 June.

Dementia: Challenges and developments, takes place at the Suttie Centre in Foresterhill from 6-8pm, and will see Professor Platt and other local experts discuss current research into dementia. For more information, or to submit a question for the panel, contact helen.lemmon@nhs.net .