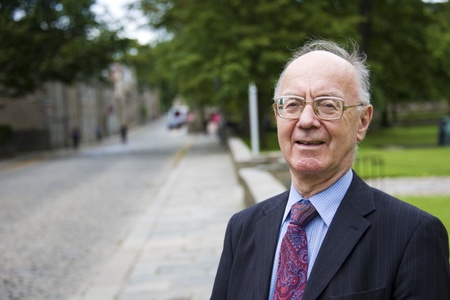 The University's expert in petroleum economics Professor Alex Kemp is among influential figures in the oil and gas industry being questioned today by MSPs on the Scottish Parliament's Economy, Energy and Tourism Committee.

The Committee is holding an official committee meeting in the Sir Duncan Rice Library at the University of Aberdeen on Monday 28 April to take evidence from experts as part of its inquiry into Scotland’s economic future post 2014.

Professor Alex Kemp is Professor of Petroleum Economics and Director of the Aberdeen Centre for Research in Energy Economics and Finance at the University of Aberdeen.

Convener of the Committee Murdo Fraser MSP said: “This inquiry has so far taken evidence from a number of senior business people, politicians and academics on key issues such as currency, tax, and debt.

The importance of oil and gas as a significant employer and wealth generator is no secret. But for the Committee to meet in Aberdeen speaks for the importance of this industry to Scotland's economic future. " Committee Convener Murdo Fraser MSP

“The importance of oil and gas as a significant employer and wealth generator is no secret. But for the Committee to meet in Aberdeen speaks for the importance of this industry to Scotland’s economic future.”

Deputy Convener, Dennis Robertson MSP said: “Oil and gas is important not just to those living and working in Aberdeen and Aberdeenshire but to the financial outlook of the Scottish economy as a whole. There have been a number of recent studies published on the future of North Sea oil and gas reserves.

“Our Committee is delighted to be meeting in Aberdeen where we hope to develop our understanding of how the industry will contribute to Scotland’s future post 2014.”

The papers for the Committee’s meetings are available here. The meeting will start at 13.40 and end at approximately 15.30.