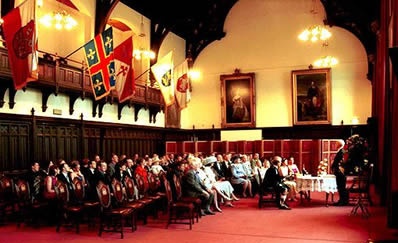 The University of Aberdeen will host the next instalment of its Great Aberdonians series on Wednesday April 2, giving members of the public the opportunity to learn about Isabella Skea (1845-1914).

The series, organised by the University of Aberdeen’s Research Institute of Irish and Scottish Studies in collaboration with Aberdeen City Council, celebrates the lives of Granite City greats.

Dr Alison McCall of the University of Dundee will introduce Isabella Skea, the ‘lass o’pairts’, in this, the centenary year of her death.

A lad o' pairts is a youth, particularly one from a humble background, who is considered talented or promising and Skea blazed a trail for women of her generation.

She trained as a teacher in Edinburgh and taught in Aberdeen becoming head teacher of St Paul Street School in 1868, and when it was extended in 1896, she  became the first female head of a large (1,000pupils) mixed-sex board school from which she retired in 1908.

Dr McCall, who convenes Women’s History Scotland, said “We are all familiar with the lad o’pairts, the clever young man who rose from lowly origins thanks to the benefits of a good Scottish education.

“Isabella Skea rose to prominence by a similar path and demonstrates that lasses as well as lads could make their own way in the nineteenth century.”

Dr Isabella Jackson, a lecturer in history at the University and chair of the Great Aberdonians series this year, said: “Great Aberdonians gives members of the public the opportunity to learn more about fascinating and important individuals from the local area.

“Isabella Skea shows that Great Aberdonians could be rich or poor, male or female, and I look forward to learning more about her life and times.”