Weekend of success for University of Aberdeen athletes
26 February 2014 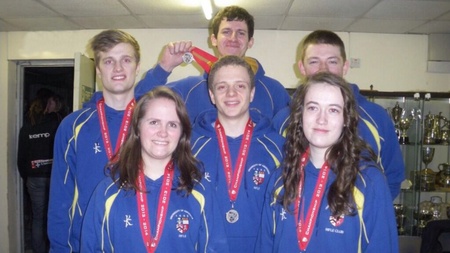 University of Aberdeen student sport stars are celebrating after tasting success in a number of events over the past weekend.

Nearly 200 student athletes from over 15 different Aberdeen clubs were in action between 22 and 24 February, with medals secured at UK and Scottish university level.

In Judo, Alison Wilson of the university’s Judo Club made an impressive come back from a year and half injury to claim bronze in the individual competition. Impressive top ten performances were also secured by our Fencing and Athletics teams.

These impressive results achieved by TeamABDN over the weekend demonstrate the hard work, commitment and dedication our students show week in and week out to university sport." Marc McCorkell, AUSA President for Sport

On Friday, Feb 21, the Sports Union was greeted with the news that Megan Burgoyne and Ben Matthews form the University’s Woman’s and Men’s Lacrosse Clubs were selected for the Scotland national team. Megan will compete in the upcoming home international series, whilst Ben will represent Scotland at the International Lacrosse Championship in Denver, Colorado between July 10-19.

Marc McCorkell, Aberdeen University Student Association (AUSA) President for Sport, said: “These impressive results achieved by TeamABDN over the weekend demonstrate the hard work, commitment and dedication our students show week in and week out to university sport. We are particularly proud of both Megan and Ben who will represent not only the University of Aberdeen but Scotland in the upcoming months.”