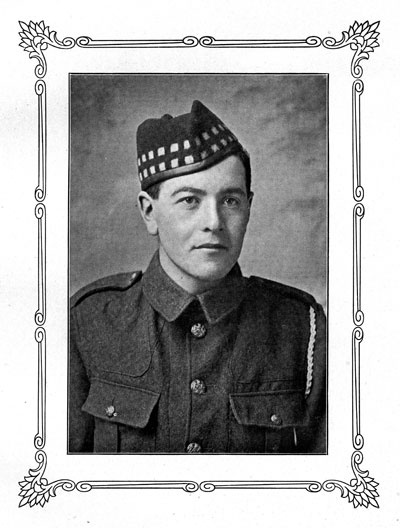 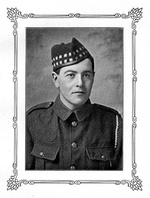 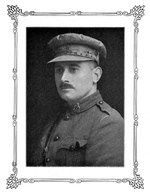 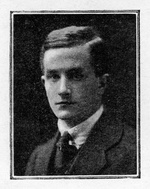 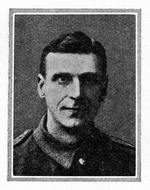 A new online resource will bring to life the stories of thousands of University of Aberdeen staff and students who served in the First World War.

A new online resource will bring to life the stories of thousands of University of Aberdeen staff and students who served in the First World War.

The Roll of Honour is a new publically available and searchable database containing the war records of some 2,852 members of the University Community from the Great War.

Staff in the University’s Special Collections have spent the last year uploading the records not only of those who died in the conflict but all those who enlisted to serve across all branches of the Armed Forces. A wealth of new additional resources have also been created including an image gallery, a factsheet guide, oral history recordings and a changing collection highlights section which will tell the stories of staff, students and alumni and the impact of the war on the University community.

Many enlisted in the University’s U Company of the 4th Gordons, others served with the Argyll & Sutherland, Seaforth, and Cameron Highlanders, as well as other army regiments and corps, the Royal Navy, Royal Army Medical Service, and the fledgling Royal Flying Corps.

The records reveal the youngest member of the University community to die in action was just 18 years old and the oldest was 66.

They also provide personal insights into the characters behind the names with tributes and photographs included in many records.

Siobhan Convery, Head of Special Collections at the University of Aberdeen, said: “The records in the Roll of Honour show that staff and students who came from all walks of life, all professions and ages volunteered to serve their country.

“In the early 1920s a Roll of Service was compiled and parts of this were made available online around 10 years ago but in the Centenary year of the Great War we felt it was important to open up this important resource to the public.

"The records in the Roll of Honour show that staff and students who came from all walks of life, all professions and ages volunteered to serve their country."" Siobhan Convery, Head of Special Collections

“It has now been uploaded online so it can be easily searched using criteria such as surname or location. Many of the records include personal details about education, careers and character traits which really help to give a sense of the person behind the name.”

The Roll of Honour includes entries for service personnel drawn from across the north-east and beyond.

The record for James Mathewson Stuart, born in Macduff in 1884 and a former pupil of Banff Academy, details how he joined the 6th Battalion Gordon Highlanders as a Private in September 1914. He was wounded and invalided home in February 1915, but rejoined the Battalion in time to take part in an attack on 25 September 1915 when he fell in action.

At the time of his death Stuart was acting as field messenger during the advance, and the Roll of Honour states: “in this responsible and dangerous post he showed himself not only fearless and daring but full of cool steadiness and determination. It was the same in everything - in his work, on the football field, on the battlefield, Stuart was one to be relied on always.”

Another more detailed entry is for Alexander Thomson Adam who was born in Alford in 1881 and served as a Pioneer in the Special Gas Section of the Royal Engineers. Before enlisting he was a Science Master and following his death in 1917 in hospital in Arras an officer wrote: "Life under Army conditions he seemed to detest, but, being the man he was, he rose superior to every difficulty and did his duty ungrudgingly and manfully."

Walter Inkster, son of a shipmaster from Aberdeen, returned to Scotland from Austria to answer the call in March 1915 and joined the 4th Battalion Gordon Highlanders before gaining his commission as 2nd Lieutenant.

He fell at Hooge, in the terrible days of fighting of September 1915. At first reported "wounded and missing," there was little doubt that he had died of wounds received in action on or about the 25th of the month. The record notes he was “Full of spirit and gaiety, cheerfully ready for any contingency and any adventure, with a humour as quick of expression in the art of caricature as in speech, courageous and lovable, he was a friend whose place can never be filled to the many who cared for and counted upon him.”

The Roll of Honour can be viewed online at www.abdn.ac.uk/roll-of-honour