From lab bench to backbench
02 December 2013 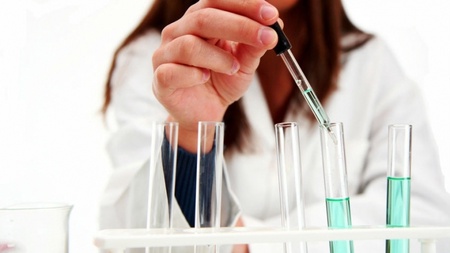 Two University of Aberdeen scientists swap their lab coats for legislation this week as part of a Week in Westminster - a unique 'pairing' scheme run by the Royal Society: the UK's national academy of science.

Their time in London will provide both scientists with a behind-the-scenes insight into how science policy is formed as well as an understanding of the working life of MPs and civil servants.

Dr Drew, Senior Research Fellow at the University’s Rowett Institute of Nutrition and Health, said: “The world is facing ever more challenging issues and science has a massive role to play in tackling these challenges. How this is organised will very much be dependent on generation and implementation of Government policies. Scientists need to be involved in the debate.”

We set up the Royal Society's MP Scientist pairing scheme in 2001 to provide the opportunity for MPs, civil servants and scientists to build long-term relationships with each other." Sir Paul Nurse
President of the Royal Society

Dr Hastings, Research Fellow with the University’s Institute of Biological and Environmental Sciences, added: This is a valuable opportunity provided by the Royal Society to exchange ideas informally with parliamentarians."

Mr Doran added: “I am looking forward to this week’s pairing scheme as it presents a unique opportunity for the worlds of science and Parliament to come together to share their knowledge and experience to better shape science policy."

The Royal Society’s Pairing Scheme aims to build bridges between parliamentarians, civil servants and some of the best scientists in the UK. It is an opportunity for civil servants to become better informed about science issues and for scientists to understand how they can influence science policy. Since 2001 over 200 scientists have been paired with MPs and civil servants.

Sir Paul Nurse, President of the Royal Society, said: “We live in a world facing increasing challenges that can only be addressed with a clear understanding of science.  From climate change to influenza outbreaks, GM food to nuclear power, our MPs and civil servants have to make decisions about complex issues that will affect the lives of all those in the UK and, in many cases, more widely throughout the world.  This means that MPs, civil servants and scientists have a responsibility to engage with each other to get the best possible scientific advice into public policy making.

“We set up the Royal Society’s MP Scientist pairing scheme in 2001 to provide the opportunity for MPs, civil servants and scientists to build long-term relationships with each other and have now organised over two hundred pairings. I know many parliamentarians and scientists who have gained from the scheme, and the shaping of public policy can only improve over time as these relationships continue to grow.”