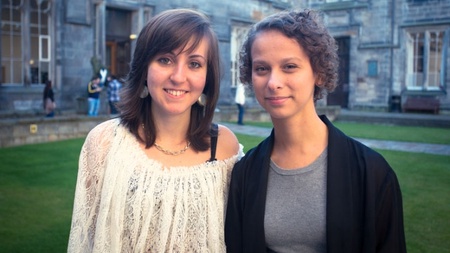 Europe's biggest student energy summit will be held in Aberdeen following a successful bid to stage the event.

The inaugural European Student Energy Summit (ESES) will take place in the city on June 19 and 20, 2014.

Regional Student Energy Summits will occur simultaneously on six continents, with each targeting around 300 postsecondary students from a variety of different academic backgrounds.

Aberdeen has been confirmed as the European winner, with Mexico City winning the bid for Latin America and Cape Town hosting the African event. The winners in North America and Asia will soon be revealed as well.

Co-organiser Lora Dimitrova, part of the student team behind the bid said: “Competing with rival European universities to host this event was challenging – but nothing compared to what now lies ahead of us!

“Hosting this regional summit is a unique opportunity to highlight our country, city and university to some of the brightest young minds in energy.

“The event will address regional issues while simultaneously giving delegates a deep understanding of the role their region plays in global energy systems and dynamics.

“There are a huge amount of industry events held in the city but the majority are directed at professionals already working in the industry as opposed to those who will be working in it in the near future.

Hosting this regional summit is a unique opportunity to highlight our country, city and university to some of the brightest young minds in energy." Lora Dimitrova
Co-organiser, ESES

The organisers are now looking to recruit a team of students to help make the event a reality.

Lora continued: “We are determined to put on the best summit possible, and to do that we need as many bright, enthusiastic volunteers as we can get.

“Students can come from any academic discipline as long as they have an interest in energy and the role our generation can play in educating and influencing the way we power our society.”

Professor Jim Anderson, leader of the Energy Theme at the University of Aberdeen said: “ESES is somewhat unique in that it is a conference for students organised by students. The lectures, however, will be given by established experts in the field.

“University staff and students should attend the meeting as it gives us an opportunity to discover some of the recent findings in the broad spectrum of Energy research in lectures given by sector experts but we should also participate to show our support to the student team who were successful in bringing the meeting to Aberdeen and who have put in so much effort to arrange the conference.”

Anyone interested in getting involved in the organising team for the Regional Student Energy Summit, contact Malgorzata OIesiewicz m.olesiewicz.09@aberdeen.ac.uk or Lora Dimitrova lora.dimitrova.09@aberdeen.ac.uk.

Student Energy is a grassroots initiative turned into a global movement by a group of driven, passionate students. It all began with a simple idea – to put on an energy conference “for students, by students.” The vision was to have experts from all over the world come together with the ultimate goal of educating the leaders of tomorrow.

A group of students at the University of Calgary took this vision and created the International Student Energy Summit (ISES). The inaugural ISES took place in Calgary, Canada in 2009. The event was extremely successful in bringing together young minds from over 30 countries, a family of supportive partners, and energy experts from various disciplines ready to impart their knowledge.

Due to the overwhelming success of ISES, it was decided to build on the momentum and to hold an ISES every two years in a different city around the world – enabling students to continue coming together to reignite their passion for energy. In 2011, the second ISES occurred in Vancouver.

Building off the success of the first two ISES events, Student Energy was formed as a not-for-profit organization to continue the legacy of ISES events and to build additional programs that would encourage young people to engage in the transition to a sustainable energy future.