The Physics and Philosophy of Time Travel
15 October 2013 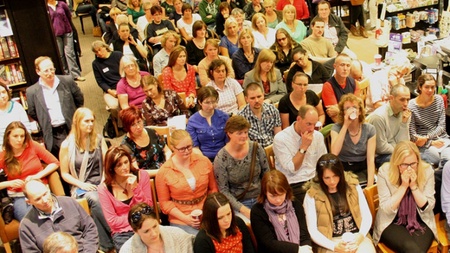 As Dr Who celebrates its 50th Anniversary, Cafe Scientifique Aberdeen's next event will discuss how quantum mechanics and general relativity challenge our understanding of time and space, and explore the philosophical dimensions of time travel.

The Physics and Philosophy of Time Travel, which takes place at Waterstones Union Bridge on Wednesday (October 16), will be led by Dr Ross Macpherson, from the University of Aberdeen's School of Natural and Computing Sciences. Dr Macpherson will discuss what physics is able to tell us about the notions of the Universe, the possibility of time travel and its logical implications

Dr Macpherson said: “Every year, scientists uncover new pages in what Galileo called the book of the Universe. This has led to profound implications for how we understand the laws and theories of the world around us. I intend to explore how some of the more recent discoveries in Physics could relate to the possibility of time travel.”

He will be joined by Dr Stephan Torre, from the University's School of Divinity, History and Philosophy, whose research interests are in philosophy of time. Dr Torre will discuss the philosophical issues surrounding the notions of time and time travel.

Dr Torre added: "The possibility of time travel is not only fun to think about; it also raises some interesting and perplexing philosophical questions about the nature of time and how we relate to it."

The event, which is the last in the 2013 Cafe Scientifique series, is free to attend and will begin at 7pm.

Full details can be found at www.engagingaberdeen.co.uk

Cafe Scientifique is supported by a science engagement grant from the Scottish Government.