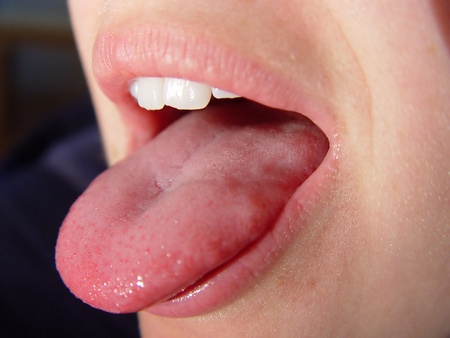 A University of Aberdeen lecturer is among a group of researchers using ultrasound and MRI technology to build a three dimensional visualisation of tongues in action during speech.

The ‘Seeing Speech’ website, launched today (September 20), is the first resource of its kind to make publicly available the inner workings of the human vocal tract when speaking. The work gives us the best understanding yet of the processes that take place when we speak and will aid academics, teachers, health care professionals and actors.

Ultrasound Tongue Imaging is a comparatively new technique that uses medical ultrasound machines to record an image of the surface of the tongue during speech. Coupled with Magnetic Resonance Imaging (MRI) technology, which images the entire vocal tract including the action of the larynx and the soft palate, academics have built a database of online recordings showing speakers’ tongues moving inside their mouths during normal speech.

Also included in the resource is a video database showing accent differences in speech production across varieties of English, which will aid the study of accents and accent change.

The team, led by researchers at the University of Glasgow, were funded by the Carnegie Trust to create a unique online visual resource that will be an invaluable aid for researchers and teachers working in linguistics and phonetics as well as speech therapists, learners of English as a foreign language, and students of acting wanting to learn an accent.

Currently, there are no such comprehensive resources that visualise what is happening inside the mouth when we speak. This means that students of linguistics only have access to snapshots of what is a dynamic process. ‘Seeing Speech’ provides access to ultrasound and MRI videos, presenting the tongue’s movement at full speed and half speed to allow for detailed study.

Jane Stuart-Smith, Professor of Phonetics and Sociolinguistics at the University of Glasgow and Principal Investigator on the project, said: “I am delighted to be able to launch this is unique collaboration between five Scottish universities that will really help advance a wide range of studies of speech production and accents.

“One problem encountered by phonetics teachers and students is that there is nothing out there that shows how speech sounds are actually formed. The only resources that we had to work with up to this point were static diagrams and models that break the vocal tract up into sections and provide a fragmented view of what are really synchronised, dynamic actions of the vocal organs.”

Dr William Barras, from the University of Aberdeen, added: “Over the past year, students taking courses in Phonetics and Phonology at Aberdeen have been trialling the new Seeing Speech website as a study aid as they work on the analysis of speech sounds, providing feedback as the site was developed. The MRI and Ultrasound videos are an excellent complement to traditional resources such as diagrams in textbooks: students have reported that the new website really helps them to visualise the dynamic processes involved in speech production. With the introduction this year of a new Level 4 course in Sociophonetics, we are building on a strong tradition of study of Phonetics and Phonology at Aberdeen. The Seeing Speech website will continue to be an invaluable resource for teaching and learning, as well as being useful for research projects.”

Eleanor Lawson, Lecturer in Phonetics and Sociolinguistics at the University of Glasgow, said: “”We hope that Seeing Speech will provide the starting point for developing into a much more substantial teaching and learning resource for the future.”